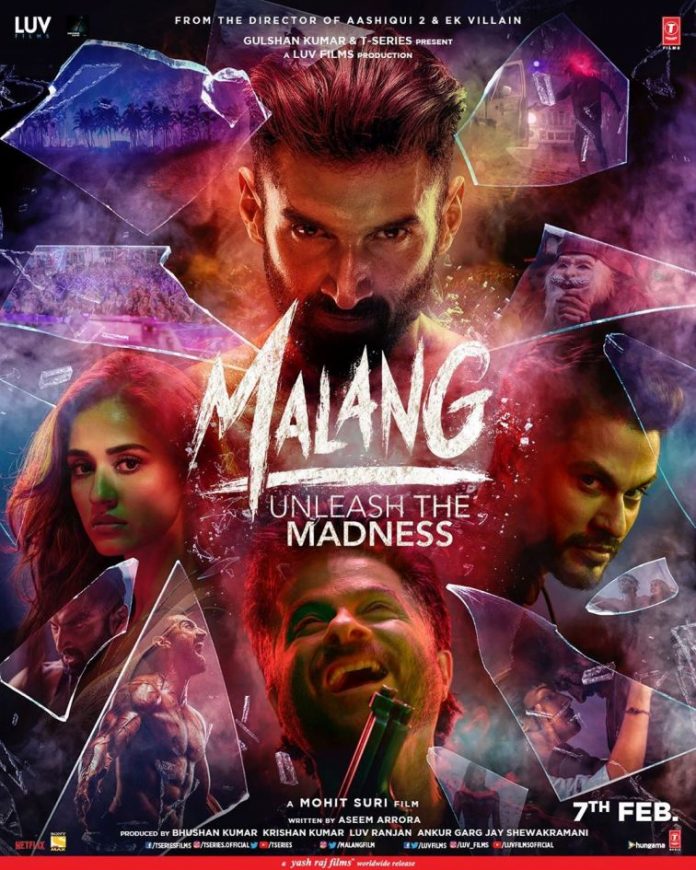 Official trailer of the upcoming romantic action thriller, Malang made the audience curious and left them excited. However, the Censor Board did not seem much impressed and granted an ‘A’ certificate for the film that stars Aditya Roy Kapur and Disha Patani. The certificate was granted only after a few cuts. Malang is one of the most awaited movies of 2020 and has been making news since it was announced.

The members of Censor Board asked the makers to remove some of the scenes that show the use of drugs. The terms like ‘pot’, ‘ecstacy’ and ‘joint’ have also been asked to be removed. The surprising part was that the board did not have any issued with the intimate scenes that have been shot between Aditya and Disha. The makers have also been directed to run the anti-drug tickers along with some rhyming messages in some of the scenes.

Reports say that there was also a scene which involved a religious symbol that came under the radar of the board, who has asked the makers to remove it. The makers have also been instructed to add a disclaimer that the characters of Malang do not support violence or atrocities against women.

Malang also stars Anil Kapoor and Kunal Kemmu in important roles. The film is directed by Mohit Suri and is all set to be released in theatres on February 7, 2020.