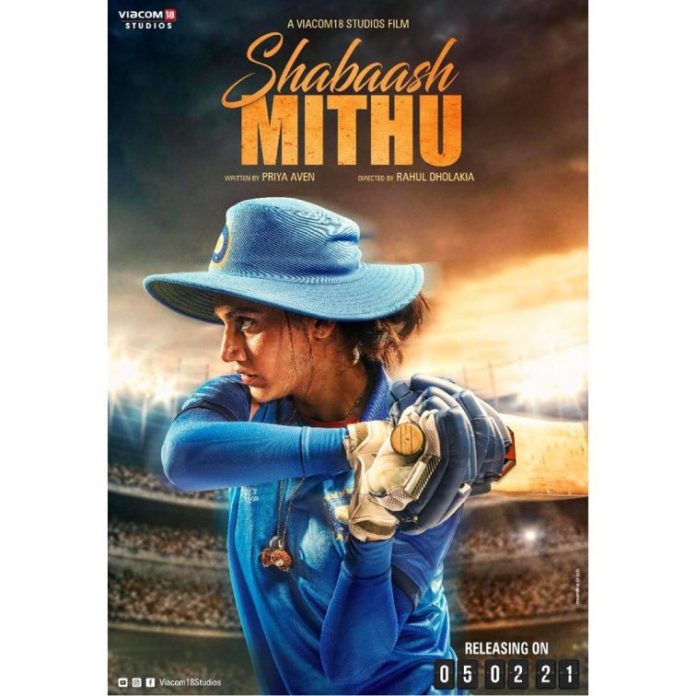 Sequels and biopics is all Bollywood is talking about right now. Shabaah Mithu is an upcoming biopic which is based on the life of Mithali Raj, the captain of the Indian Women’s Cricket team. Indian actress Taapsee Pannu will be seen playing the lead role. The actress recently shared her first look as Mithali Raj from the upcoming film Shabaash Mithu.

The first look has shown Taapsee as Mithali in action on the field as she sports the signature blue Indian jersey. Taapsee shared that she worked closely with Mithali and some of her associates before she actually began shooting for the film.

The actress shared that Mithali taught her a few strokes and techniques and that was when she realized that it is going to be an intense training session for her. Taapsee also shared how the sport is so male dominated and that no one asks a make cricketer, who their favourite woman cricketer is. But after the film is released, Mithali is expected to become a household name and would help to encourage women as well to take up the sport.

Shabaash Mithu is directed by Rahul Dholakia and the film is all set to be released in theaters on February 5, 2020. Taapsee was last seen in the film Saand Ki Aankh which was also a biopic of sharpshooters Chandro and Prakash Tomar.