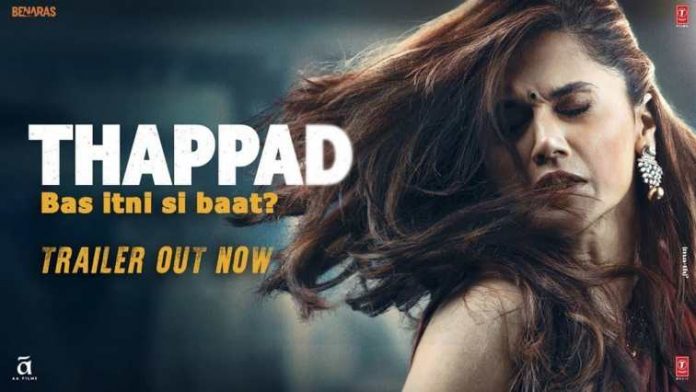 Bollywood actress Taapsee Pannu is known for her performances and her choice of films that are usually based on women empowerment. Once again, the actress will be conveying a strong message through her upcoming film Thappad. The makers of the film have unveiled the trailer which has shown Taapsee in the role of a housewife, who is trying to maintain a stand.

The trailer begins with Taapsee in talks with her advocate as she says that she does not want to return to her marital house just because she was slapped by her husband. The 2 minute 54 seconds trailer has shown how Taapsee’s character is insisting on the fact that her husband should not have slapped her. While other characters in the film keep insisting that her husband could have been given a second chance or that she could have made adjustments to keep her marriage intact.

Going by the trailer, Taapsee’s character has given out a clear message that there should be a no tolerance policy in terms of domestic violence against women. The film will also show a glimpse of the society that is filled with the stereotypes, who learn to make peace with what is being done with them.

The film is directed by Anubhav Sinha and also stars Ratna Pathak Shah, Dia Mirza and Tanvi Azmi. Thappad will be released in theatres on February 28, 2020.