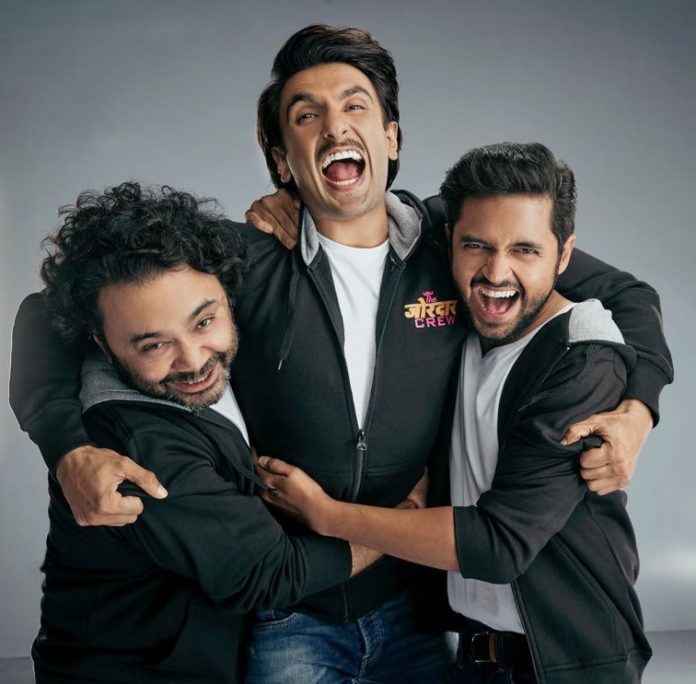 Ranveer Singh starrer upcoming film Jayeshbhai Jordaar is one of the much awaited films of 2020. Some of the recent reports had said that Ranveer was recently in Ahmedabad to shoot for a portion for the film. The cast and crew have now called it a wrap for Jayeshbhai Jordaar. Singh took his social media account to announce the completion.

Ranveer posted a picture which showed him as Jayeshbhai and posed with producer Maneesh and director Divyang Thakkar. As the name of the film suggests, Singh will be seen playing the role of a Gujarati man named Jayeshbhai. Ranveer’s character in the film will be seen fighting it out against the judgemental society towards women. This means that the character will be seen doing something related to women empowerment.

It was a few days back, when the makers of the film released the first look and raised the excitement levels among the fans. Maneesh Sharma, the producer of the film in a recent interview said that the film will mark Ranveer’s best performance so far.

Jayeshbhai Jordaar also stars south actress Shalini Pandey, Boman Irani, Ratna Pathak Shah and Aparshakti Khurrana. The makers of the film are yet to unveil a release date, but it is expected to be released in 2020.