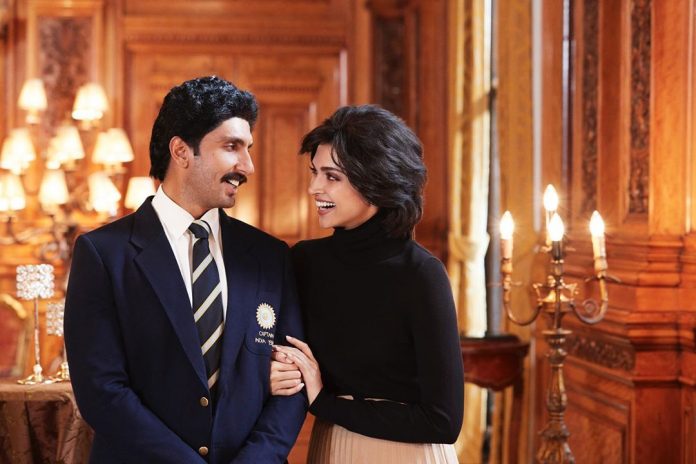 The upcoming film 83, which is based on the life of the Indian cricketer Kapil Dev, is one of the most awaited films of 2020 and is all set to be released on April 10, 2020. Things became even more interesting when it was announced that Ranveer Singh and Deepika Padukone will be seen playing the role of Kapil Dev and Romi Dev respectively. And now Ranveer Singh has now revealed the first look of himself and Deepika Padukone as Kapil Dev and Romi Dev.

Singh took his Instagram account and shared an adorable picture which showed Ranveer as Kapil Dev standing beside Deepika Padukone as Romi Dev. The picture has gone viral and the audience is loving the new look of the real life couple.

Ranveer Singh and Deepika Padukone are considered as the power couple of Bollywood and this will be the first time the two will be seen together sharing the screen space after their marriage. Ranveer in an interview with a leading daily that the year 2020 is going to be exciting as his film 83 will be releasing.

The fans of Kapil Dev and Ranveer Singh are eagerly waiting for the film to release. 83 is directed by Kabir Khan and also stars Saqib Saleem, Boman Irani, Pankaj Tripathi and Neena Gupta.