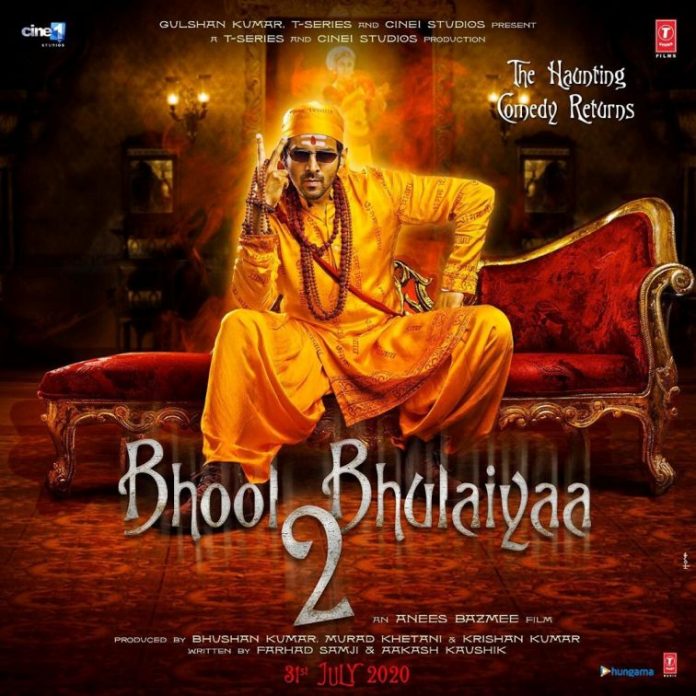 Upcoming Bollywood film Bhool Bhulaiyaa 2 is one of the most awaited films of 2020. The sequel of Bhool Bhulaiyaa has been in news since its announcement. Second installment of the franchise has Kartik Aaryan in the lead role in place of Akshay Kumar and Kiara Advani has been roped in as the female lead. Akshay in the earlier film had played the role of a popular psychiatrist who is on a mission to treat a person who has a split personality disorder.

The film was a hit among the audience and had performed well at the box office. Akshay was appreciated for his role and Vidya Balan was also appreciated for her outstanding performance especially for her dance performance on the track Ami Je Tomar, which is remembered till date.

Makers of the sequel had earlier hinted that they would retain the song and would also bring in Vidya for the ghostly act. But a recent report has confirmed that Tabu will be brought in place of Vidya Balan for the track.

More reports claim that the actress has already left for Jaipur to shoot for the song. Going by the reports, the audience cannot wait to catch the new reprised track and Tabu dancing to the tunes of the popular song.