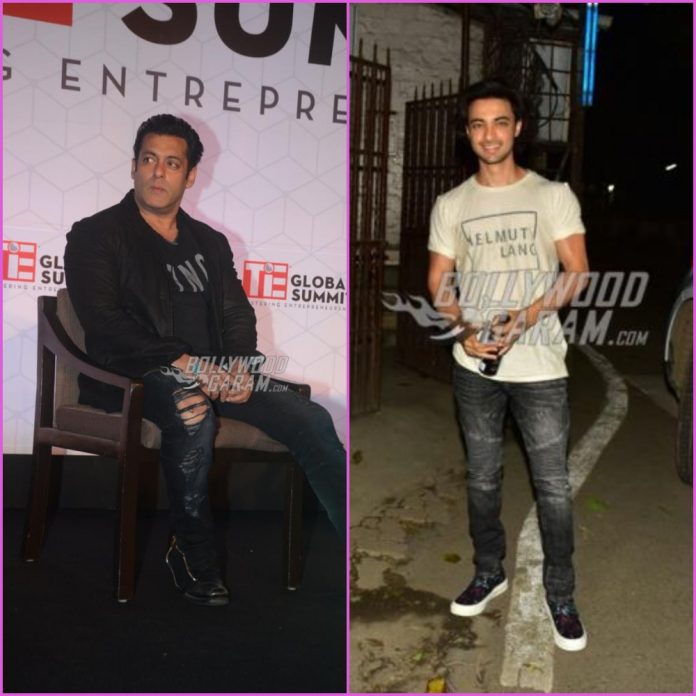 It was superstar Salman Khan who had helped brother-in-law Aayush Sharma make his debut in Bollywood with the film Love Yatri. But now there are reports that the two might soon be seen sharing the screen space together. No official announcements have been made in this regard, but both the actors have dropped hints about it.

Some of the media reports have claimed that Aayush and Salman will be seen together in the much talked about and much awaited flick Kabhi Eid Kabhi Diwali. But on the contrary, Salman and Aayush are working together on an upcoming gangster drama. However, not much details have been revealed about the upcoming project. But one thing is for sure that a project involving Salman Khan is not going to be ordinary.

The film has been under wraps for some time but Aayush has already started preparing for the project. There are also reports that Aayush has also undergone a body transformation to suit the character that he will be playing.

On the work front, Salman is currently working on the upcoming film Radhe: Your Most Wanted Bhai which is directed by Prabhu Deva. The film also stars Disha Patani, Jackie Shroff and Randeep Hooda and is expected to be released in May 2020 during the Eid festival.