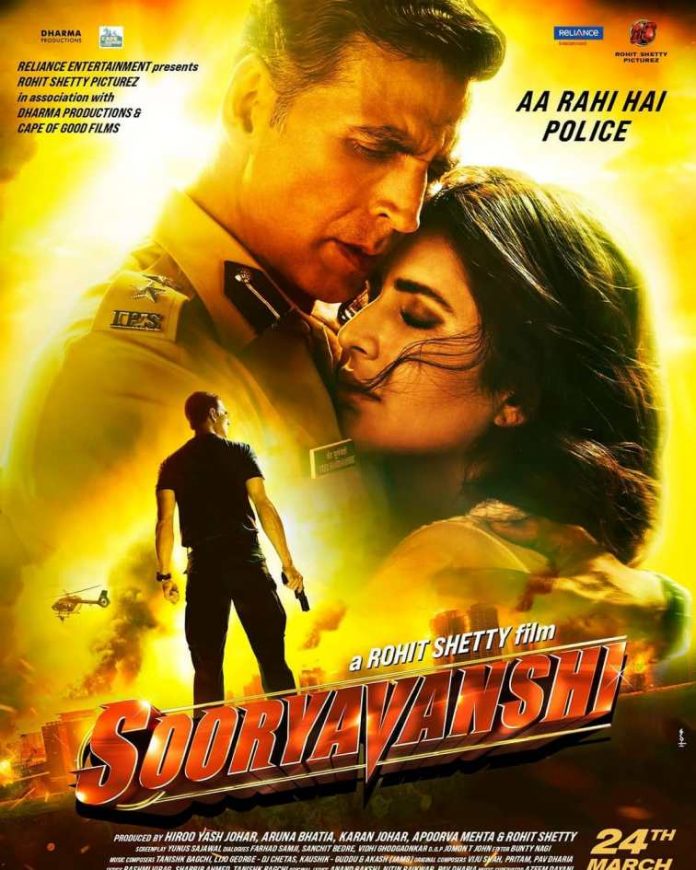 The much awaited official trailer of the upcoming film Sooryavanshi has been released. This time things are serious and Rohit Shetty has brought Akshay Kumar on board for what he does the best. Going by the trailer it appears that Akshay has got in to the shows of gunning down the terrorists of the country in the same way he did in the film Holiday.

But the bonus here is that Shetty has roped in his best men Ajay Devgn and Ranveer Singh from the films Singham and Simmba. The trailer has shown Katrina Kaif paired with Akshay, who have a daughter together. The quest here is the attacks on the economic capital of India, Mumbai. While a couple of attacks were carried out in Mumbai earlier, intelligence reports state that there is still plenty of RDX that can be misused.

Rohit Shetty is known for his action packed sequences and also adds a few elements of comedy for the audience to be intact throughout. With the trailer, expectations have sky rocketed and the audience cannot wait for the film to be released.

The film is directed by Rohit Shetty and is co-produced by Hiroo Yash Johar, Karan Johar, Aruna Bhatia, Apoorva Mehta and Rohit Shetty. Sooryavanshi is all set to be released in theatres on March 24, 2020.