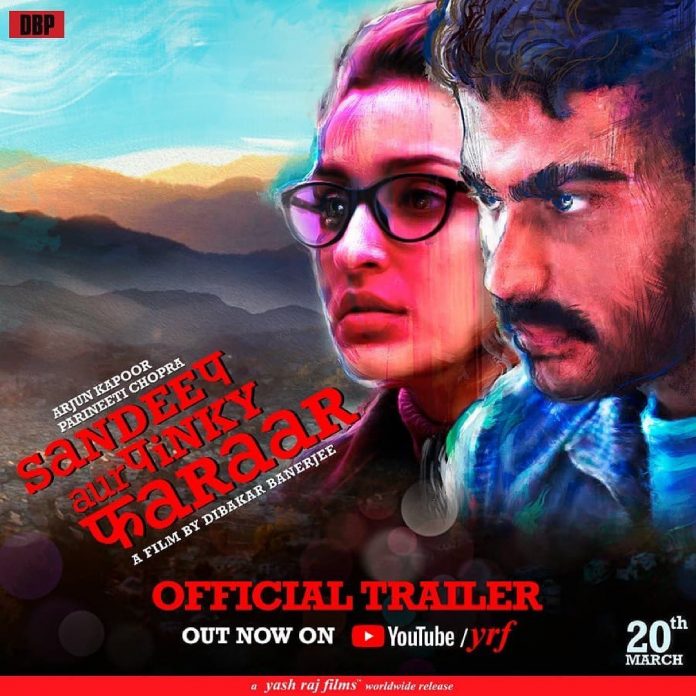 After many delays, the official trailer of the upcoming film Sandeep Aur Pinky Faraar has been released. The makers of the film released the trailer on March 4, 2020.

The trailer begins with Parineeti Chopra, who is a corporate executive, can be seen running towards a car and asks Arjun Kapoor, who is a cop, for help to run away. But a few moments later, the two come across a shooting scene and this is when Arjun confronts Parineeti of what has she done as his life was also put at stake.

Parineeti plays the role of Sandeep Kaur Singh, who is on the run while Arjun plays Pinky Dahiya, a cop, who has been deployed to bring back Sandeep. But the two escape to Nepal and decide to hide with an aged couple played by Neena Gupta and Raghubir Yadav.

The protagonists took their respective social networking accounts and revealed the first posters. Sandeep Aur Pinky Faraar is directed by Dibakar Banerjee and also features, Jaideep Ahlawat, who seems to be the main antagonist. The release of the film has been delayed by about two years as it was expected to be released in 2018. The Yash Raj Films production is now all set to be released in theatres on March 20, 2020.