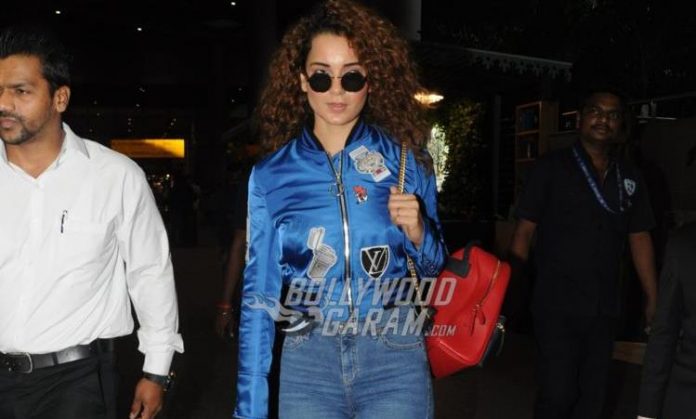 Kangana Ranaut is known for her dedication towards her work in films. She can also be called as the golden touch as the film becomes successful if she has her contribution to it. The audience is now looking forward towards her upcoming film Thalaivi, which will be based on the life of the late politician Jaya Lalitha. The actress has completed the first leg of the ambitious flick and for the next schedule the actress has reportedly put on about 20 kilos.

Sister Rangoli had earlier posted a picture of Kangana in her Jayalalitha look in a blue sari. Some of the earlier teasers of Thalaivi had shown Kangana Ranaut as Jayalalitha as she sported some prosthetics. The politician was fondly known as Amma and the film is written by KV Vijayendra Prasad and Rajat Arora. The film is all set to be released in theatres on June 26, 2020.