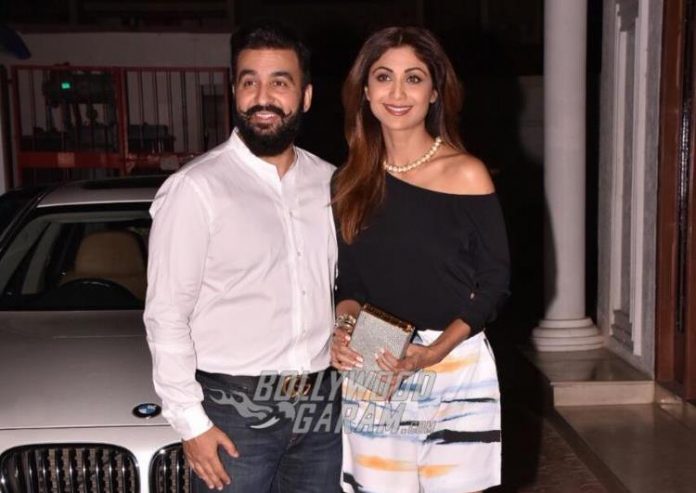 Bollywood actress Shilpa Shetty had last month announce that she and husband Raj Kundra have once again become parents to a baby girl through surrogacy. The Dhadkan actress revealed that she has named their daughter Samisha. After the announcement, the star couple brought home their daughter home on March 9, 2020.

The couple was snapped along with their son and daughter as they came out of the airport. The family was all smiles and also obliged with the paparazzi to pose for pictures. Shilpa was seen carefully carrying the little on in her arms with father Raj and brother Viaan by her side. This was the first time the actress posed with her daughter together in public.

Samisha was born on February 15, 2020 through surrogacy and a week later the actress took her social media account to announce the arrival of her new family member. The new family member has been named as Samisha Shetty Kundra. Shilpa had then posted a picture of her daughter but had not showed her face.

Shilpa’s sister Shamita also expressed that she is excited to be an aunt again and the little one has brought plenty of joy in the family. Shamita added that her sister Shilpa always wanted to have a daughter. Shilpa Shetty and Raj got married in 2009 and their son Viaan was born in 2012.