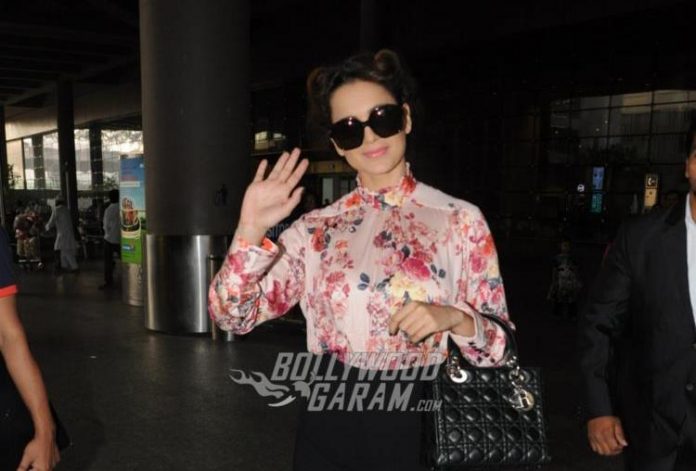 Indian actress Kangana Ranuat celebrated her 33rd birthday on March 23, 2020 amidst the coronavirus scare at her hometown in Manali. The actress hosted a puja at home in presence of her family members and close friends. While the entire country has been advised to avoid social gatherings, the Queen actress was seen interacting with elders and children on her birthday as she hosted a puja at her residence.

While the whole country is dealing with the coronavirus scare, the actress has been spending time with her family at her hometown Manali. Kangana posted a few pictures from the gathering which showed her dressed in a pink sari as she interacted with family members including small children. The internet goers soon flooded her with questions as she why she is not indulging in isolation.

On the work front Kangana is currently looking forward for the release of the much awaited films Thalaivi and Dhaakad. Thalaivi is a multilingual flick which is based on the life of the late Tamil Nadu Chief Minister Jayalalitha. The film is expected to be released in theatres on June 26, 2020. Thalaivi also stars Arvind Swamy of Roja fame who will be seen playing the role of M.G. Ramachandran. The film will be released in Tamil, Hindi and Telugu languages.