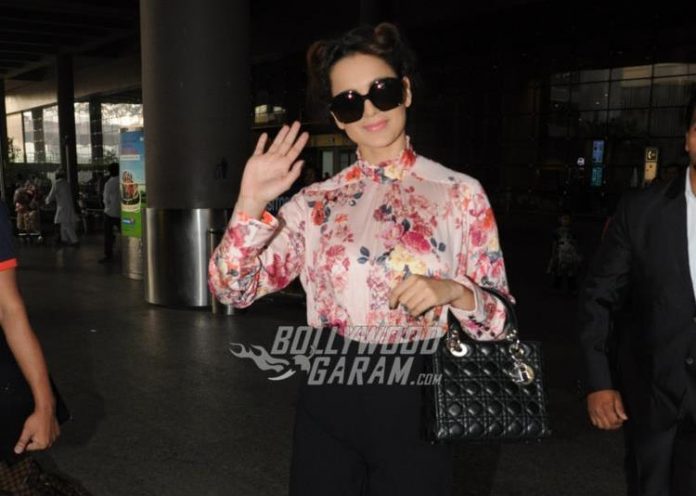 Bollywood actress Kangana Ranaut, is spending her quarantine time with her family members in Himachal Pradesh. The actress has been working on a few interesting projects, but due to the ongoing coronavirus lockdown, work has come to a stand still. Kangana revealed that she will be planning for a film that will be based on the Ayodhya issue.

The actress went on to revealed that she has got the first draft for the film ready and is planning for the second one. Reports say that the film will be based on the journey of the Ayodhya Ram Mandir since the last 500 years. The actress did not reveal if she will be directing the film, but it surely seems like the film will be underway soon as the pre-production of the film has begun.

Apart from that the Queen actress is also working on the upcoming film that is a biopic on the late Chief Minister of Tamil Nadu Jayalalitha. The film is named Thalaivi and Kangana will be seen playing the lead role. Reports say that the actress had put on about 20 kgs for the role and is now reducing to prepare for her next project.