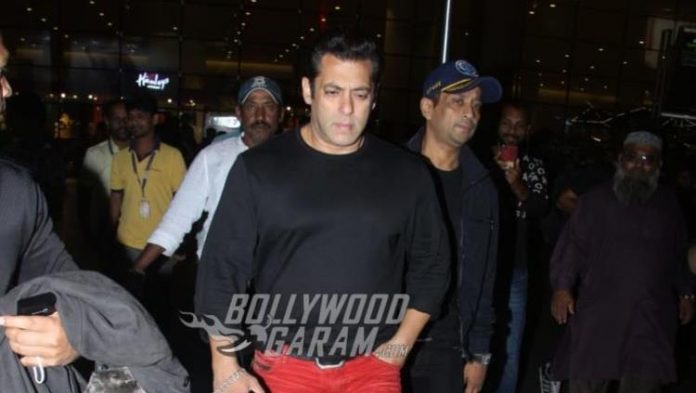 Salman Khan is one of the most loved actors in Bollywood and depite his age, he continues to remain the favourite of many. He surely has a huge fan following and keeps his fans updated through social media. The Bajrangi Bhaijaan actor has surpassed 40 million mark on Twitter and has become the third Indian to reach the mark. He has also become the second Bollywood personality to reach the mark.

Superstar Amitabh Bachchan is the only one who has more followers than Salman Khan on the micro blogging site. As soon as the actor reached the mark, fans of the star flooded the social media with congratulatory messages.

The actor recently unveiled the song Pyaar Karona which was written composed and sung by him. The song is based on the importance of spreading love and hope amidst the time of crisis that the world is going through. The track was well received by the audience and continues to trend across various other platforms.

On the work front the actor is all set to be seen in the upcoming film Radhe: Your Most Wanted Bhai which will be directed by Prabhu Deva. The film also stars Disha Patani, Jackie Shroff and Randeep Hooda. Salman has also earlier announced his film Kabhi Eid Kabhi Diwali which also stars Pooja Hegde.