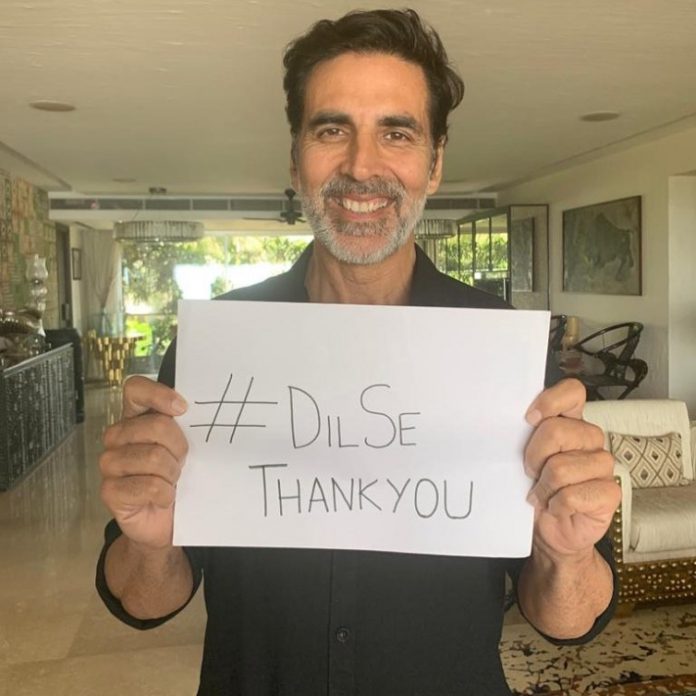 Amidst the coronavirus outbreak in India, there have been many reports of doctors and medical staff being harassed and beaten up. There have also been reports where doctors are being ousted from their societies where they live. Looking at the scenario that is going on, Akshay Kumar has announced that he is all set to launch a new song Teri Mitti that is dedicated to the doctors, nurses and paramedical staff, who are working tirelessly towards saving thousands of lives who are infected from the deadly coronavirus. The song is all set to be launched on April 24, 2020.

Akshay in his Tweet called the doctors as soldiers who are wearing white aprons and are helping out people during the tough times. The song Teri Mitti will be launched on April 24, at 12:3 pm. There are many people in the nation who are being rebellious while they are approached by the doctors to be treated at hospitals as they might be in danger due to the virus. While many cooperate, some of them even attacked by pelting stones at doctors and the police force.

Apart from the doctors many of the police personnel have also been injured while fighting the virus in the nation. The celebrities are making every effort to spread awareness among the people in different ways by releasing songs and videos that convey a message to the general public.