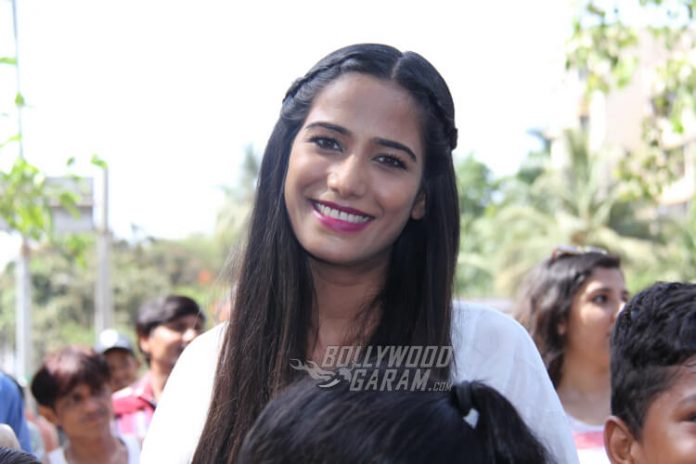 Model and actress Poonam Pandey found herself in trouble when she and her friend were booked by the Mumbai police in Mumbai on May 10, 2020. The actress and her director friend Sam Ahmad Bombay, were booked for breaking the lockdown rules. The Marine Drive police booked an FIR against the actress and her friend as the two were found roaming in their high-end luxury car at Marine Drive without any reason.

A case has been filed under section 269 for negligent act likely to spread infection of a disease dangerous to life, section 188 for disobedience of order duly promulgated by public servant of the Indian Penal Code, under the provisions of National Disaster Act. Poonam and her 46 year old friend were detained by the police and were later released for violation of lockdown. Even their car was seized.

The actress is known for her work in Bollywood and Telugu films. Poonam had developed her own mobile application which was later banned by Google as soon as it was launched on Play Store. The application is now only available on her official website only. The actress keeps updating her fans about her life through the application and also uses the platform to post adult content that includes her pictures and videos.