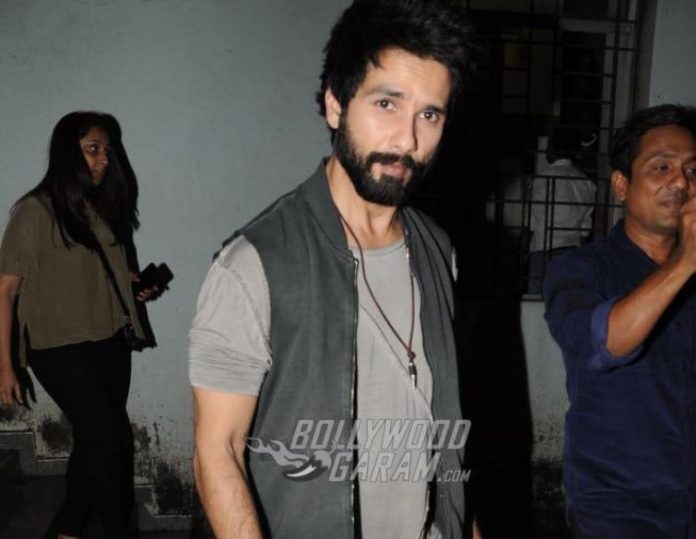 The coronavirus pandemic has forced the government to implement a lockdown in the entire nation as a measure to contain the virus. Everything has come to a stand-still and many people have started missing some of the small things that they used to do on an everyday basis. Shahid Kapoor is one of the actors who has expressed that he misses work and shared his thoughts through a post on Instagram. Before the lockdown was implemented, Shahid was shooting for the upcoming film Jersey in Chandigarh.

After the lockdown was implemented, the actor wrapped the schedule and returned to his home in Mumbai. The actor recently shared a glimpse of his look from the film in which he will be seen playing the role of a cricket player. Shahid just revealed half of his face as he was seen wearing a helmet and was seen holding a bat.

Just a few hours before Shahid posted the Jersey image, wife Mira Rajput had shared an adorable picture which showed Shahid adorably planting a kiss on Mira’s cheek. Mira revealed that the picture was taken on Mira’s birthday on September 7, 2018 when their son Zain Kapoor was just one day old.

Shahid was last seen in the film Kabir Singh which was a massive success at the box office.