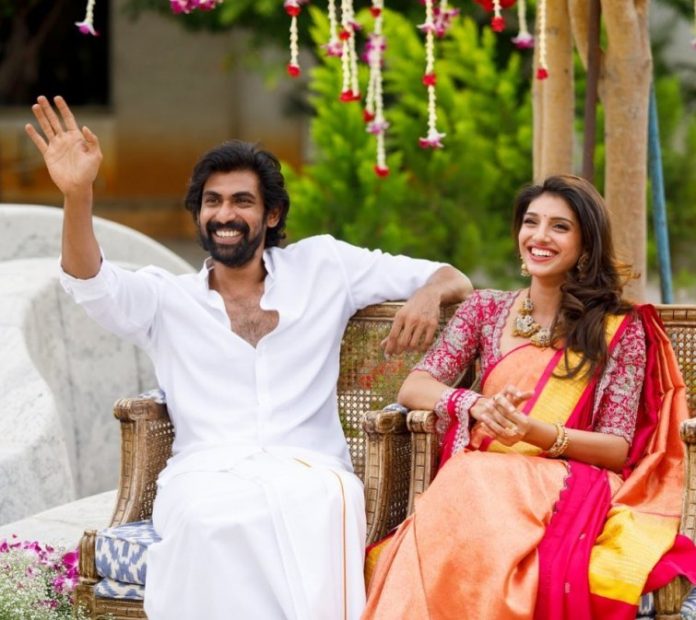 Indian actor Rana Daggubati had a while back announced that he had proposed his partner Miheeka Bajaj and she had said yes. After the informal proposal, the actor and his fiancé got engaged in a formal engagement ceremony amidst the lockdown in Hyderabad. The first pictures from the engagement ceremony were released. Rana looked dapper in a traditional white outfit while Miheeka, looked beautiful in a traditional sari.

Bajaj is a designer and has been in the décor career since 2018. Rana’s fiancé is also known to be close to Sonam Kapoor and her family. It was on May 12, 2020, when Rana shared the first picture of himself with Miheeka and captioned it “She said yes”. Soon after the picture was posted, congratulatory messages started pouring in from the film industry.

Recently Rana’s father Suresh Babu had in an interview with a leading daily revealed that the families are planning to have a wedding in winter and that the preparations have already begun. There are all the possibilities that the two might have a low-key wedding instead of a lavish one considering the ongoing situation in the globe.

Rana Daggubati shot to fame in Bollywood with the film Dum Maaro Dum in 2011 and has also been active in the south film industry.