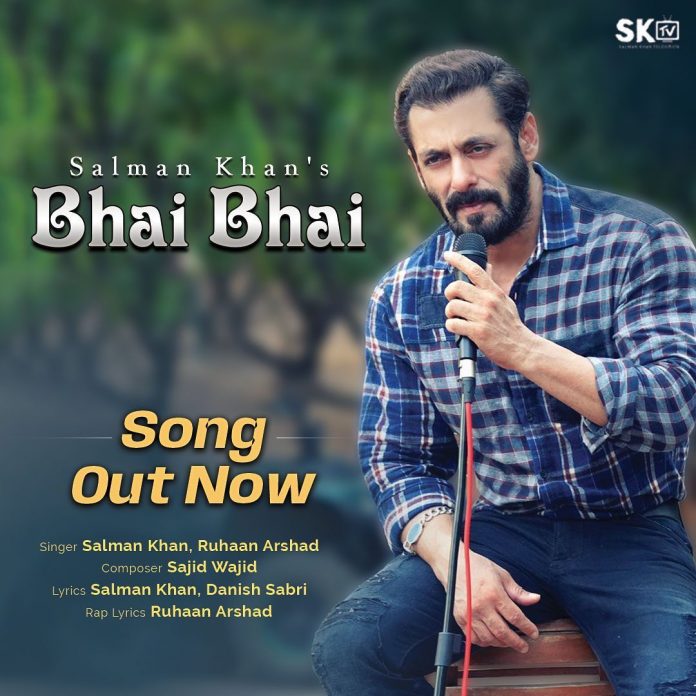 Salman Khan is known for releasing a new film during every Eid festival. This Ramzan festival has been shadowed by the coronavirus pandemic and no new film could be released. But Khan still brought a surprise for his fans and released the song Bhai Bhai on the occasion of Eid. The song has been sung by Salman himself and is composed by Sajid-Wajid.

The lyrics has been penned down by Danish Sabri and Salman Khan while the rap portion has been written by Ruhaan Arshad. The best part of the song is it spreads the message of unity among the people irrespective of their religion.

Reports say that the song has been shot with minimal crew at his Panvel Farmhouse where he has been lodged since the lockdown was announced. The song is a peppy track which features Salman in a simple shirt and a pair of denim and is seen singing in a natural surrounding at the farmhouse.

Salman was due to release his film Radhe: Your Most Wanted Bhai during the Eid festival but was postponed due to the coronavirus pandemic. The film also stars Disha Patani and is helmed by Prabhu Deva. The entire film and TV industry has come to a stand-still ever since the lockdown was announced.