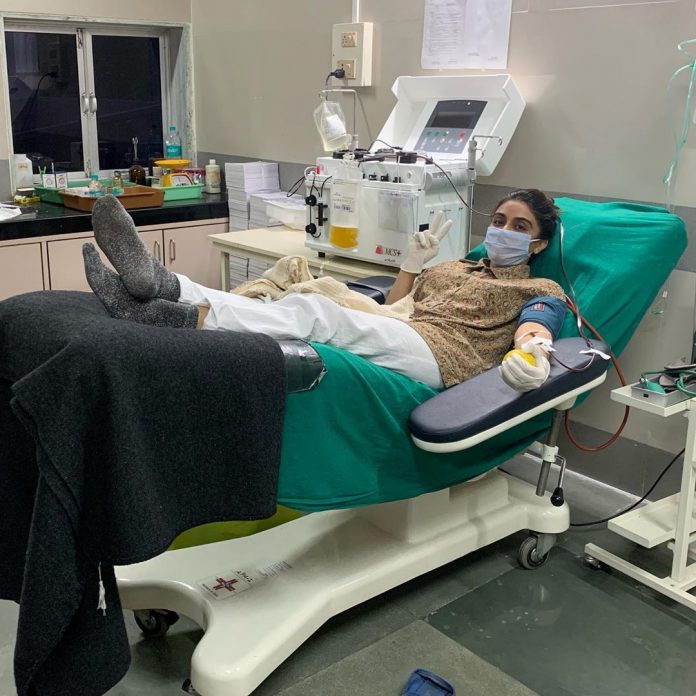 Zoa Morani is one of the few Bollywood celebrities who tested positive for coronavirus and have now recovered fully. The actress, who is also the daughter of the producer Karim Morani, had earlier donated her plasma that could be used for the existing coronavirus patients. Zoa has now come up again and donated her plasma again to treat some of the patients who have been severely affected.

Zoa had shared a picture of herself while donating plasma at the Nair Hospital in Mumbai. The actress also mentioned that last time she had donated the plasma, it had helped a COVID-19 patient to come out of the ICU. Plasma is a part of the blood that is taken out of the people who have recovered from the virus and helps the existing patients to recover faster.

The last time, the actress had donated her plasma, she had revealed that she had donated for the plasma therapy trials and had also received a certificate along with Rs. 500 for it. Zoa had tested positive for the coronavirus in the month of March, 2020.

On the work front, the actress made her debut with the film Always Kabhi Kabhi and has also appeared in some of the web series like Akoori and Bhoot Purva. Zoa has also worked as an assistant director for the films Om Shanti Om and Halla Bol.