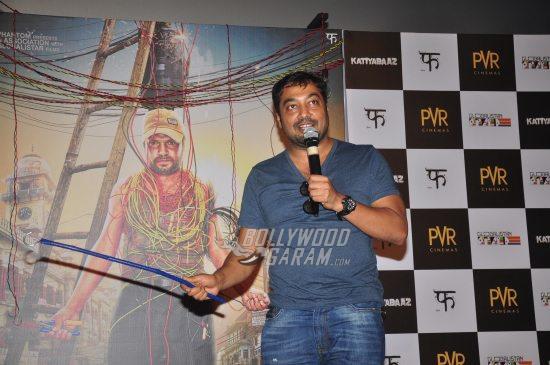 Kashyap called his partners his two pillars and joked that he cannot figure out as to which of his two producers is good and who is bad. Earlier Anurag was the co-founder of Phantom Films which has now been dissolved. In 2018, the production house was dissolved after sexual harassment allegations were made one of the partners Vikas Bahl.

Anurag had earlier also started Anurag Kashyap Films in 2009. Talking about the upcoming film Choked, it stars Saiyami Kher who was seen in the film Mirzya and will be released on the popular OTT platform Netflix.

The actress was last seen in the film Special Ops. Choked is a story about a bank cashier who’s life takes a sudden turn when she finds unlimited money that is choked in the kitchen. Saiyami will be seen playing the role of a middle-class woman who is the only bread-winner in the family.