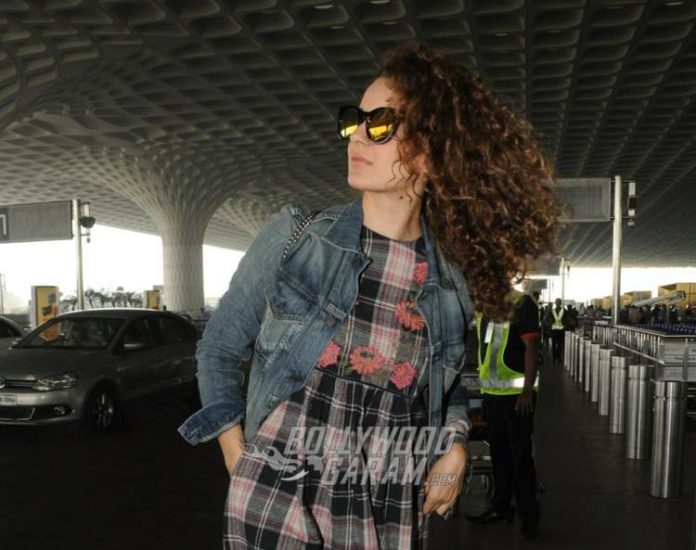 Kangana Ranaut starrer upcoming film Thalaivi is all set to be launched in theatres. In a recent interview, the actress revealed that the digital rights of the upcoming film have been sold to Netflix (Hindi) and Amazon Prime (Tamil) for a whopping Rs. 55 crores. The Queen actress said that the rights of the film have been sold but it will not be released directly o the OTT platforms.

Kangana while talking about the reason, said that the film Thalaivi has been made on a very large scale and is meant for a theatrical release. The actress also confirmed that she charged Rs. 25 crores for her role in the film as it is bilingual and will be released in two languages. However, Kangana added that she will be charging the producer of the film only after the evaluation of the business prospects of the flick and will also have to make sure that they do not make any losses.

Ranaut also confirmed that the satellite rights and the theatrical rights of the film are yet to be sold. The shooting of the film is yet to be completed and is being directed by Vijay. The film is produced by Vibri media and also stars some of the big actors from the industry including Arvind Swamy, Samuthirakani ad Madhubala playing important roles.