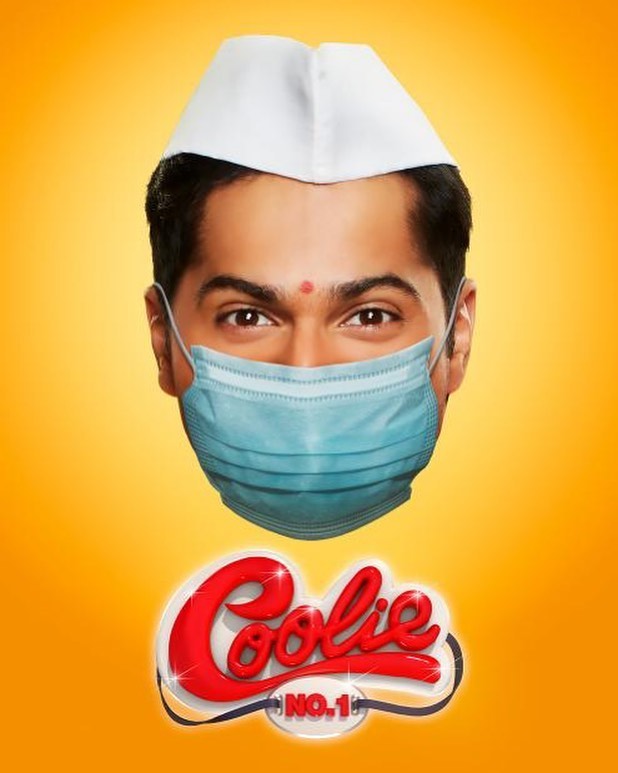 Every since the lockdown was announced as a measure for the coronavirus pandemic in India, all the shoots and related work was stalled in Bollywood. Several projects came to a stand-still. But now after three months, India is now on a road to recovery and gradually returning to a normal routine. The state government of Maharashtra has now allowed to begin shoots at the non-containment zones. Varun Dhawan shared a new still from his upcoming film Coolie No. 1 which featured Varun Dhawan and had a new twist to it.

The new poster has shown Varun Dhawan as a coolie while wearing a white Gandhi cap and a mask due to the ongoing trend of wearing a mask as a measure to fight against the coronavirus. Now that things are returning to normal, it seems like the makers of the film are also planning to get back on track.

The film also stars Sara Ali Khan and is the official remake of the 1995 film with the same name which starred Govinda and Karisma Kapoor. Coolie No. 1 was expected to be released in May, 2020, but was delayed due to the coronavirus pandemic.

It is still not clear if the makers of the film would also opt to release the film on an OTT platform or would wait for a theatrical release.