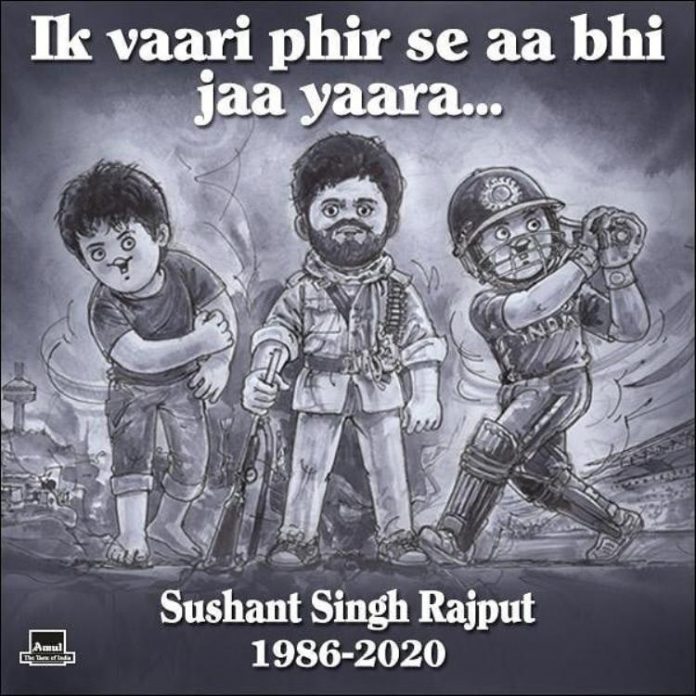 The untimely demise of Indian actor Sushant Singh Rajput has left the entire nation shocked. Indian dairy cooperative society Amul has paid a tribute to the late actor who was found hanging from the ceiling of his bedroom at his residence in Mumbai on June 14, 2020. An emotional tribute to the actor has featured three characters that he played in the films Kai Po Che, MS Dhoni: The Untold Story and Sonchiriya.

The death of the star came as a shock for the fans and the members of the industry. The actor was reportedly battling with depression and was being treated for it since the past six months. The initial investigation mentioned that no suicide note has been found in his apartment.

Some of the media reports mentioned that the actor was disturbed since a week and was not doing well health wise as well. The actor was found hanging when his sister and the domestic help broke open the bedroom where he was seen hanging from the ceiling.

Sushant Singh Rajput made his debut with the film Kai Po Che and has worked in some of the remarkable films like MS Dhoni: The Untold Story, Sonchiriya and Chhichhore. The actor was reportedly dating Rhea Chakraborthy and the two were about to get married in November 2020.