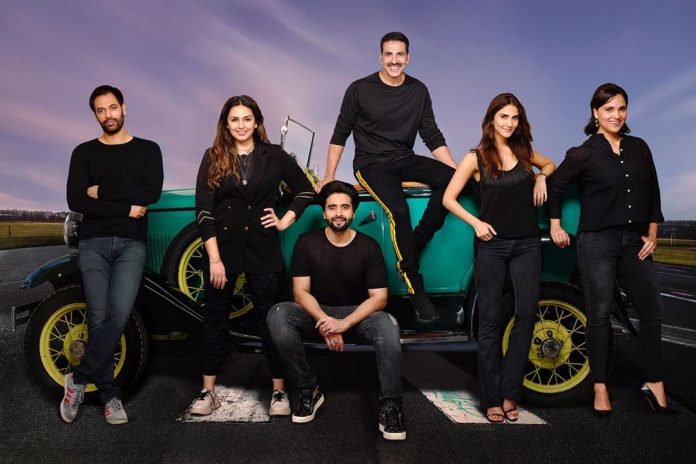 Just a few days back it was announced by the makers of the upcoming film Bell Bottom that Vaani Kapoor has been brought on board. Back then, there was no word as to when the shoot would begin. But now the lead actor Akshay Kumar has announced that the film’s shoot is all set to begin from August, 2020.

The Khiladi star also shared that he is excited to get back to shoot post the COVID-19 pandemic lockdown. Akshay also conveyed a message that it was high time when people got back to work. The picture that was shared by the actor on social media showed the cast posing by the side of a vintage car. The shoot of the film is expected to begin in August, 2020 in the United Kingdom. It will also mark the first film to shoot international post the COVID-19 scare.

The upcoming film will be directed by Ranjit Tewari and will be co-produced by Jackky Bhagnani, Vashu Bhagnani, Deepshikha Deshmukh, Nikkhil Advani, Monisha Advani and Madhu Bhojwani. Bell Bottom is expected to be released on April 2, 2021.

With an interesting cast, the audience can surely look forward for some entertainment from their favourite actors. In recent, times much to the disappointment of the audience a number of films were released on OTT platforms instead of theatres.