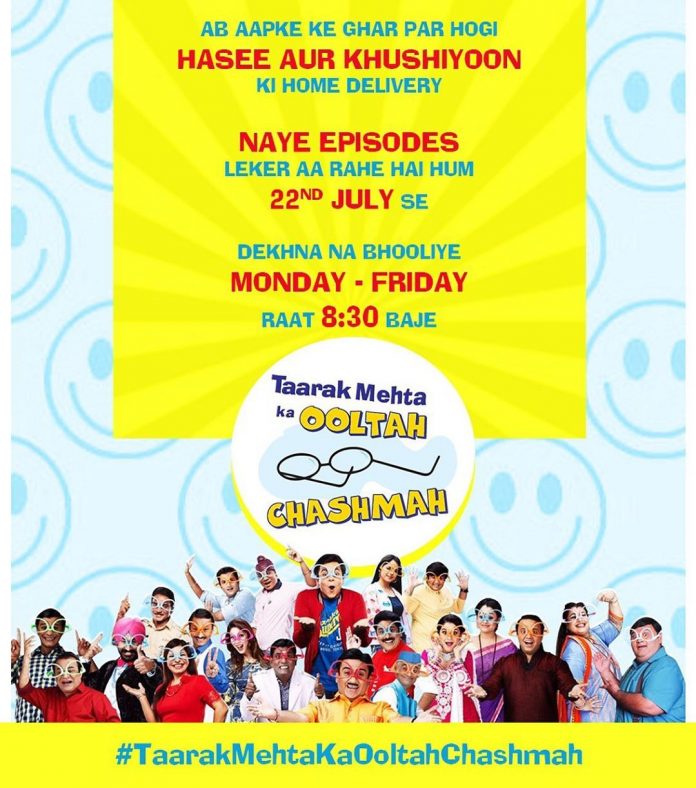 Taarak Mehta Ka Ooltah Chashmah is one of the favourite tele series that the viewers had enjoyed watching. But during the coronavirus pandemic induced lockdown, the shooting of the series was stalled and fresh episodes of the series could not be aired. But now that things are slowly getting back to normal, producers of the show Neela Films Production had announced that the new episodes of the show will begin airing from July 22, 2020.

This means that all the madness that was related to the popular Gokuldhaam Society and its characters will soon be back with new episodes. The fans are now eagerly looking forward to the new shows and the announcement has also come as the show is nearing the completion of 12 years. Taarak Mehta Ka Ooltah Chashmah had first aired on TV on July 28, 2008.

It has been about three and a half months since the viewers were deprived of new episodes of their favourite show. But now it seems like the wait is over. The makers of the show were earlier skeptical to get back to work and were worried about safety issues since they have a huge star cast.

The cast and crew had taken time to plan things out and shoot with minimum people on sets.