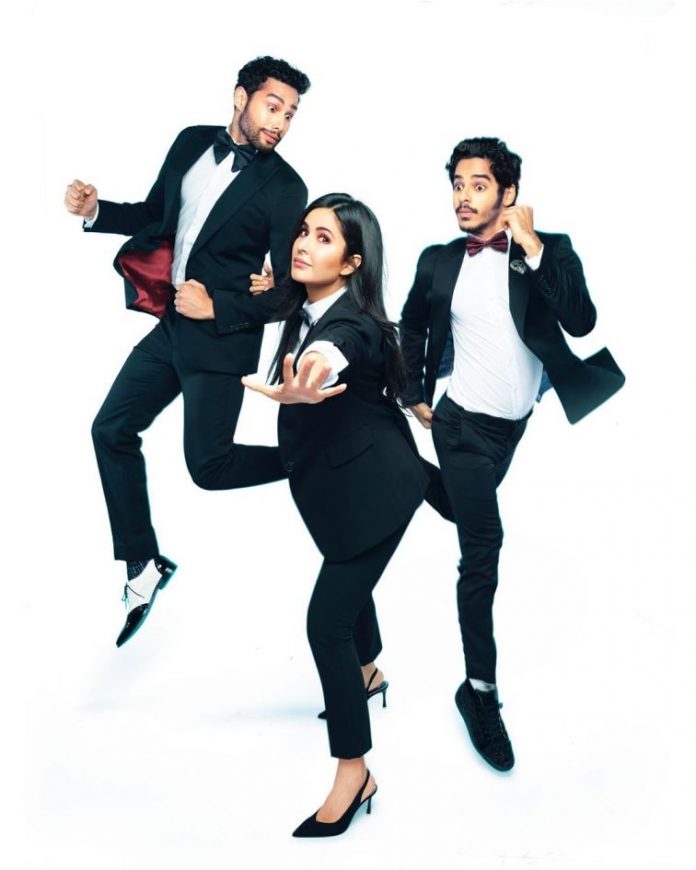 The audience will soon be treated with an unusual trio from Bollywood. Katrina Kaif, Ishaan Khatter and Siddhant Chaturvedi are all set to be seen in the upcoming film Phone Bhoot. The makers of the film released the first look of the film on July 20, 2020. The reports of the trio coming together for the film have been doing the rounds since 2019.

The film is helmed by Gurmeet Singh who has earlier been associated with the film Mirzapur and will be produced by Farhan Akhtar and Excel Entertainment by Ritesh Sidhwani. Ishaan Khatter revealed the first poster of the film through his Instagram account and gave it an interesting caption, “Your one stop shop for all Bhoot related problems”.

The poster has shown all the three suited up in tuxedos as they are ready to deal with some ghost related problems. The picture that has made a poster of the film was shot before the lockdown and this was confirmed by Ishaan on his caption.

The film is expected to be released by 2021. Ishaan in an earlier interview had revealed that the script of the film is ‘absolute blast’. The makers of the film have so far not revealed anything about the plot and has kept it a surprise for the audience.