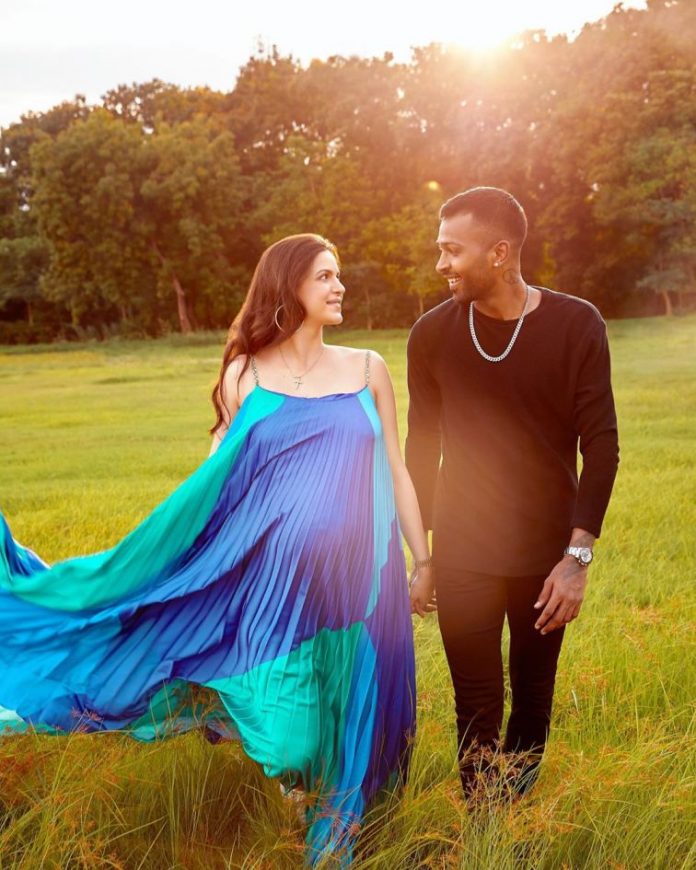 Indian cricketer Hardik Pandya and wife Natasa Stankovic are now parents to a baby boy. The Indian all-rounder announced the happy news on social media on July 30, 2020. Hardik posted a picture of his little one which showed just a glimpse.

Natasa and Hardik had announced their engagement on January 1, 2020. In the month of May, 2020, the couple announced that they are expecting their first child. Since then the couple has been sharing a few adorable pictures of themselves. Recently, the two also shared pictures from their maternity shoot.

The cricketer had to undergo a back surgery in London in October and was advised to stay away from the game for at least two to three months. Natasa was last seen in a cameo role in the film Zero which also starred Shah Rukh Khan and Anushka Sharma. Apart from that the actress was also seen in the celebrity dance reality show Nach Baliye in which she appeared with her former boyfriend Aly Goni.