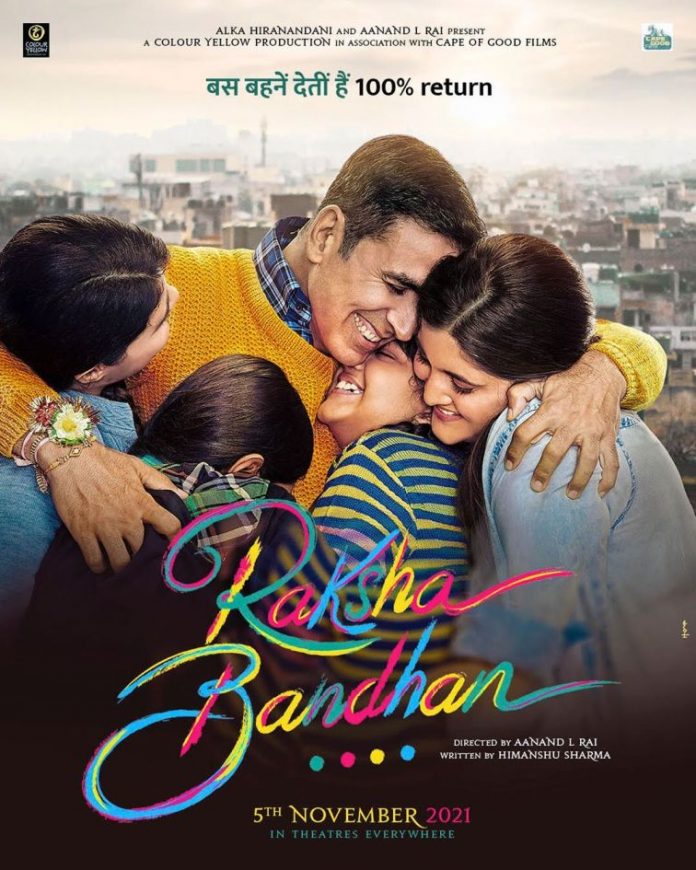 On the occasion of Raksha Bandhan festival in India, Bollywood actor Akshay Kumar has announced his upcoming film Raksha Bandhan. The actor has dedicated the film to his sister Alka and will be directed by Aanand L Rai.

Akshay Kumar shared the news on Twitter with a poster of the film which shows him hugging his sisters. The Khiladi star in his Tweet also revealed that this is one of the quickest films that he has ever signed. Akshay added that the story of the film intends to touch deep to the heart and dedicated the film to his sister Alka.

Akshay’s sister Alka in an interview had talked about how he quietly took over his responsibilities after their father passed away. But Akshay had always maintained that she should be able t take care of herself.

The actor was last seen in the film Good Newwz which also starred Kareena Kapoor and is currently looking forward to some of the films like Atrangi Re, Laxmmi Bomb and Sooryavanshi. Akshay was also seen in the film Mission Mangal which narrated the successful satellite launch by India in the orbit of Mars in a minimum budget. The film also starred Taapsee Pannu, Sharman Joshi, Sonakshi Sinha and Nithya Menon and was released on August 15, 2019.