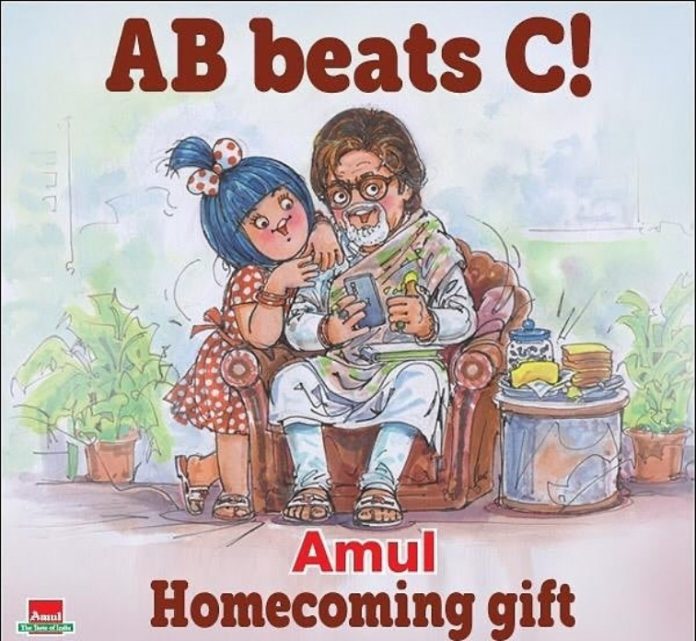 A couple of days back, superstar of Bollywood Amitabh Bachchan got discharged from the hospital after he tested negative for COVID-19. Indian dairy brand Amul paid a special tribute to the megastar after he successfully fought the virus and is now back home in home isolation. Mr. Bachchan spent 23 days in the hospital after he had tested positive for the virus on July 11, 2020.

The tribute by Amul has shown Mr. Bachchan sitting on a sofa while holding a mobile phone while the Amul girl can be seen standing right next to him. The punch line of the poster reads “AB beats C”. Big B was pretty impressed by the poster and shared it on social media and thanked Amul for the tribute.

However, one of the internet users alleged that he might have been paid a huge sum of amount for the poster featuring Big B. But Mr. Bachchan was quick to deny the fact that he does not endorse the brand but is thankful for tribute.

Amitabh Bachchan was last seen in the film Gulabo Sitabo which is a comedy drama and also features Aayushmann Khurrana. The film was released on the OTT platform Amazon Prime as the theatres remain shut due to the coronavirus pandemic.