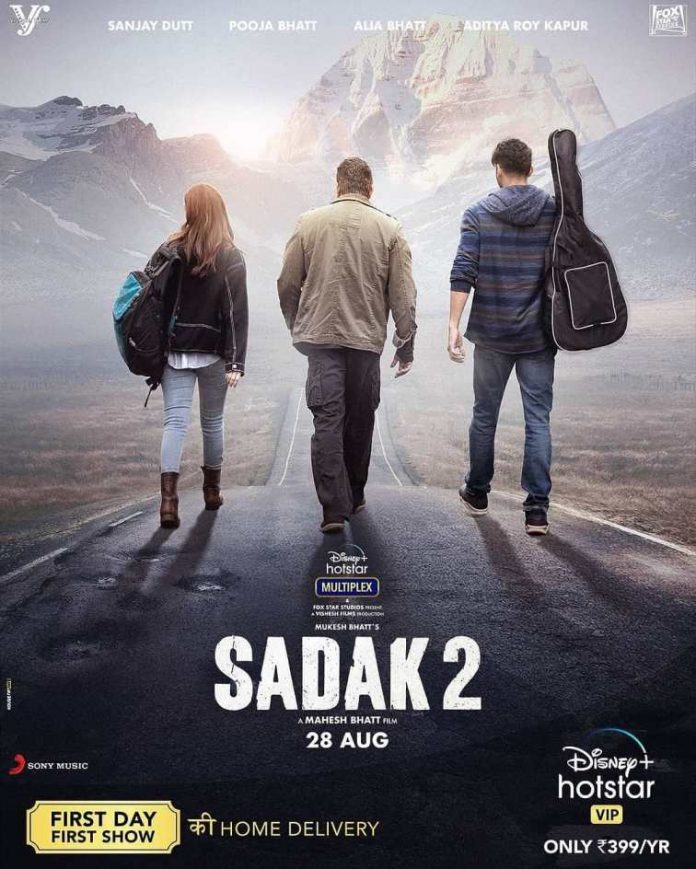 The much awaited official trailer of the upcoming film Sadak 2 has been launched. The film is the sequel to the 1991 film Sadak which starred Sanjay Dutt and Pooja Bhatt and the sequel also stars Alia Bhatt and Aditya Roy Kapur.

The film marks the return of Mahesh Bhatt as a film maker. The trailer opens with Sanjay Dutt as Ravi and Pooja as in the original love story. As per the sequel, Pooja is no more and Sanjay Dutt owns a taxi business and does not have a reason to live and is on the verge of shutting down his business. But one fine day Alia Bhatt knocks his door and things turn upside down.

The rest of the trailer has shown a sizzling chemistry between Alia and Aditya, who are head over heels in love with each other. Alia is set to take a revenge with a godman played by Makrand Deshpande, because she has lost someone close to her.

The film has been shot extensively at the picturesque hill station Ooty in South India and Mumbai. Sadak 2 will begin streaming on Disney+Hotstar from August 28, 2020. The trailer of the film has received mixed reviews from the audience. The audience cannot wait to catch the chemistry of Alia and Aditya Roy.