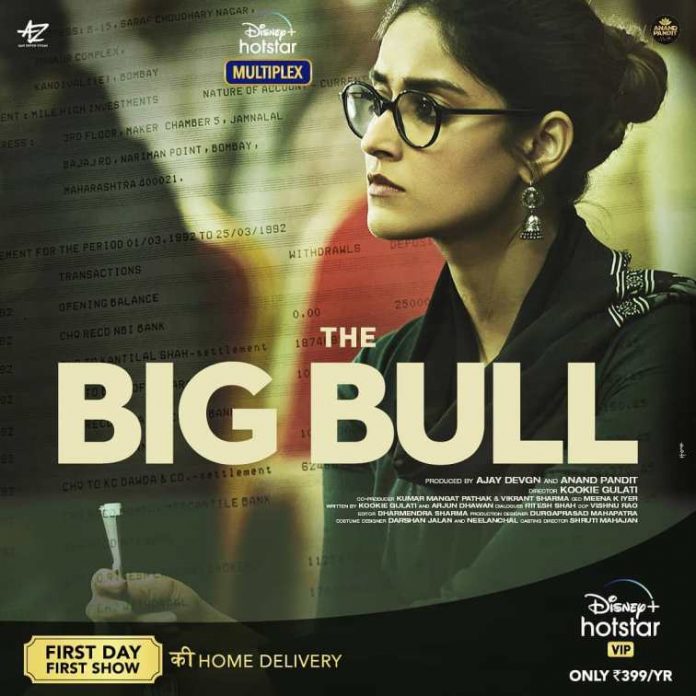 Indian actor Abhishek Bachchan has unveiled the first look of co-star Ileana D’Cruz from the upcoming film The Big Bull. The new poster was launched on social media and has shown Ileana with an intense look. The actress in the poster is seen dressed in a traditional outfit.

The actress too took her Instagram account and shared the poster and expressed that she is excited to be a part of the world of The Big Bull: The Man Who Sold Dreams To India. The upcoming film is a crime drama that had shaken up the financial fabric of the country. The actress also revealed that the film will soon be streamed on the popular OTT platform Disney+Hotstar.

Reports say that the film is based on the story of stockbroker Harshad Mehta, who was responsible for many financial crimes. The first poster of the film was unveiled earlier in January, 2020. The film also stars Nikita Dutta and Sohum Shah playing important roles. The Big Bull is helmed by Kookie Gulati and is produced by Ajay Devgn and Anand Pandit.