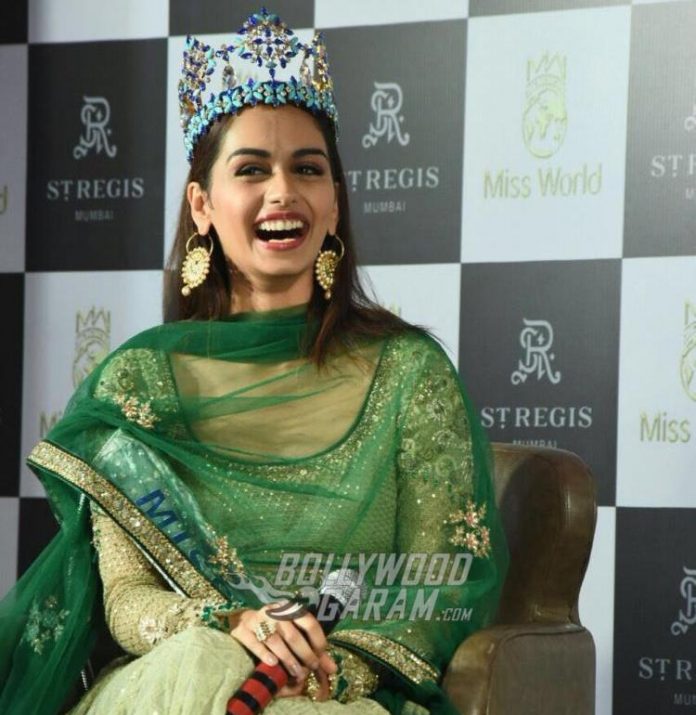 Winner of Miss World 2017, Manushi Chhillar has been roped in for a film opposite Akshay Kumar produced by Yash Raj Films. The upcoming film has been christened as Prithviraj and is one of the big budget and ambitious films by the banner. The model has also been roped in for another film opposite Vicky Kaushal for another film in the comedy genre that will also be produced by Yash Raj Films.

It will be interesting for the audience to see the 23 year old beauty with the talented Vicky Kaushal. The film with Vicky and Manushi will be a part of project 50 by Yash Raj Films that celebrates 50 years of the production house. The official announcement of it will be made on September 27, 2020.

Aditya Chopra from the banner has taken the responsibility to hand pick the films for the project and is confident that the pairing of Manushi Chhillar and Vicky is going to workout. Talking about Manushi, the actress has been a part of brands like Fashion Big Bazaar, Bata, Gio Watches, Club Factory and has also been the brad ambassador for the retail jewellery shops like Malabar Gold and Diamonds.

As Miss India, the actress also walked the ramp as the showstopper at the Lakme Fashion Week in 2017. The audience is surely waiting to see the young actress perform on screen.