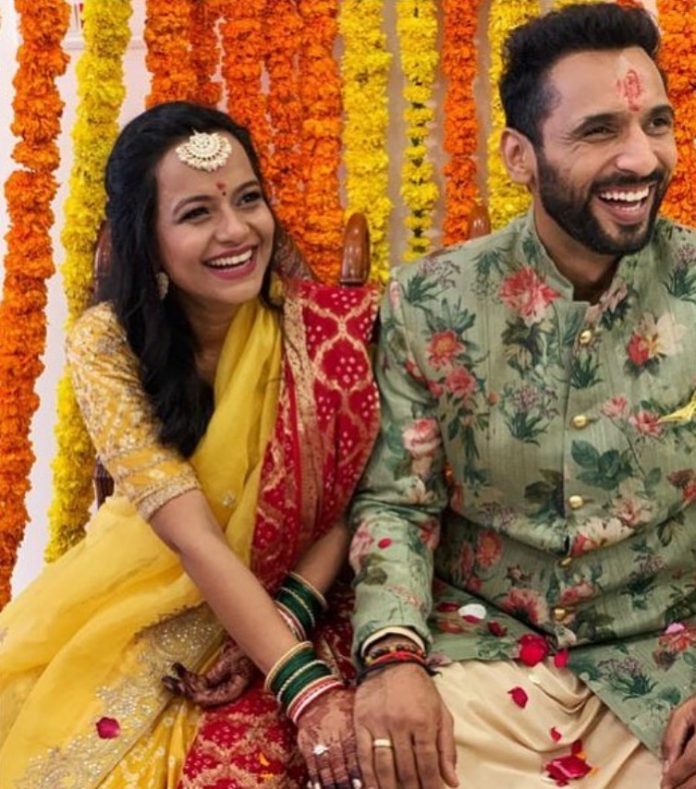 Choreographer and actor Punit J Pathak, who shot to fame from the reality show Dance India Dance, got engaged to the love of his life Nidhi Moony Singh in a private ceremony. The dancer and choreographer shared a few pictures from the ceremony on his social media account.

Punit looked splendid in a floral grey sherwani while the would-be bride looked pretty in red and yellow sari with a matching maang-teeka. The couple looked great together as they smiled and flaunted their engagement ring.

As soon as the announcement was made, congratulatory messages from friends and celebrities from Bollywood started pouring in. Some of the close colleagues and friends including Raghav Juyal, Faisal Khan, Gauahar Khan, Esha Gupta, Remo D’Souza, Varun Dhawan and others.

Punit had claimed the title of the ninth season of the reality show Khatron Ke Khiladi which is the Indian version of the American show Fear Factor hosted by Rohit Shett. The dancer has also been a part of a few films like ABCD, Nawabzaade and others. In recent times, the actor was recently seen in the film Street Dancer which also starred Varun Dhawan and Shraddha Kapoor. Punit had earlier dreamt of becoming a cricketer or a filmmaker but it was during his college days when he had started developing interest in dance.