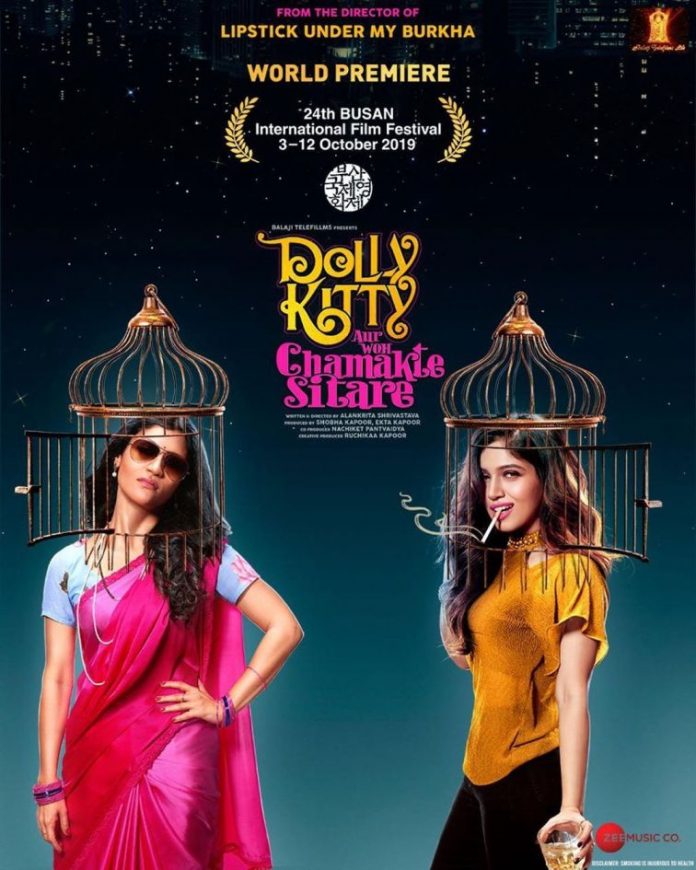 Indian actresses Konkana Sen Sharma and Bhumi Pednekar are all set to be seen together in the upcoming film Dolly Kitty Aur Who Chamakte Sitare. Due to the coronavirus pandemic, the theatres remain shut and their reopen remains uncertain. The makers of the film had a few months back announced that it will be released on the OTT Platform Netflix.

The film is expected to be released in September, 2020 but the actual date has not yet been confirmed by the makers. The two actresses from Bollywood will be seen playing the role of siblings and this will be the first time they will be seen sharing the screen space together.

The film has been directed by Alankrita Shrivastava, who has earlier also directed films like Lipstick Under My Burkha. Dolly Kitty Aur Who Chamakte Sitare also stars Vikrant Massey and Amol Parashar playing important roles.

The story is about two cousins, who share a secret and how they maintain a love-hate relationship, yet help each other to find freedom. The film is produced by Ekta Kapoor and Shobha Kapoor. Dolly Kitty Aur Who Chamakte Sitare was premiered at the Busan International Film Festival on October 4, 2020 and is expected to be an interesting watch for the audience. In the wake of the pandemic, a number of filmmakers were forced to give their films an OTT release instead of a theatrical one.