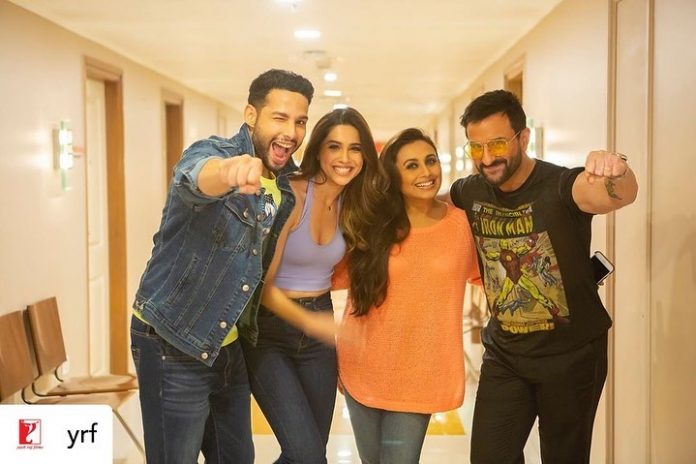 The Rani Mukerji and Abhishek Bachchan starrer flick Bunty Aur Babli released in 2005 had managed to impress the audience. In some good news for the fans the sequel of the film is ready as the makers have already finished shooting. The makers recently completed filming a fun song for Banti Aur Babli 2.

This time they have Rani Mukerji along with Saif Ali Khan, Siddhant Chaturvedi and Sharvani playing important roles. After the recent update, the fans of the actors cannot wait for the film to be released. There are also reports that the song was shot during the ongoing coronavirus pandemic. However, the producers and crew members took utmost care in terms of precautions and measures.

Saif while talking to a leading daily said that this is a time when things are very sensitive due to which the actors, producers and crew members will have to be extra careful and cautious due to the risk involved. The Chef actor also said that he was amazed for the amazing steps that were taken to ensure that they had the best shooting experience.

On the other hand Rani expressed that she went through a nostalgic ride and had an amazing time. This will be the first time Siddhanth will be seen collaborating with Saif and Rani and will also mark the debut of Sharvari.