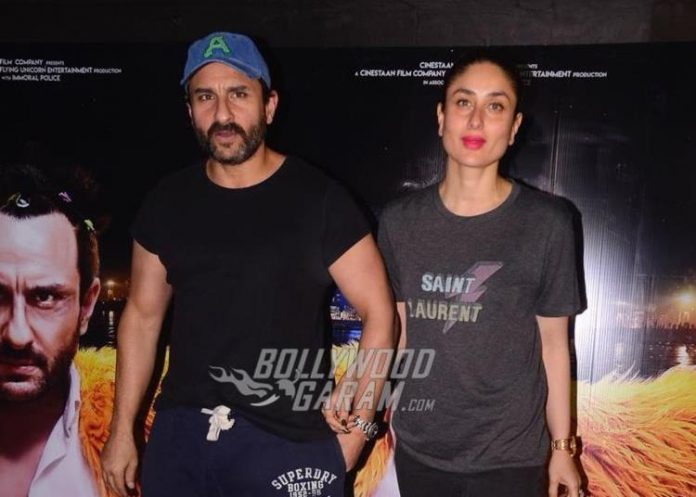 The video was a shot for a baby care brand and the couple answered a few questions related to their children and their second pregnancy. Kareena and Saif talked about how they felt when they got to hold their son Taimur Ali Khan. The couple was also asked as to who was the most pampering one among them to which Saif opined that it was Kareena who pampers her child the most.

Saif and Kareena then promoted a product by a leading baby care products company. It was last month when Kareena and Saif had jointly announced about their second pregnancy and was also confirmed by Kareena’s father Randhir Kapoor. Soon after the announcement, congratulatory messages started pouring from their friends, fans and family members on social media.

Kareena also expressed that she was active when she was expecting Taimur, but this time, she cannot do the same and go out to work due to the pandemic. The actress is yet to finish the shoot for the upcoming film Laal Singh Chadha with Aamir Khan.

Wow 😍😍😍 @johnsonsbabyindia . . . Here’s a fun rapid fire Saif and @kareenakapoorkhan did, on our journey of parenthood, with the amazing baby care brand @johnsonsbabyindia! ❤️ I absolutely love the new range of Cottontouch products that are especially designed for a newborn's delicate skin. The products are so soft and mild, I've never experienced anything like this before and the fragrance is Saif's new favorite. Thank you for the beautiful hamper. ☺️💯 #softesttouch #CHOOSEgentle #cottontouch