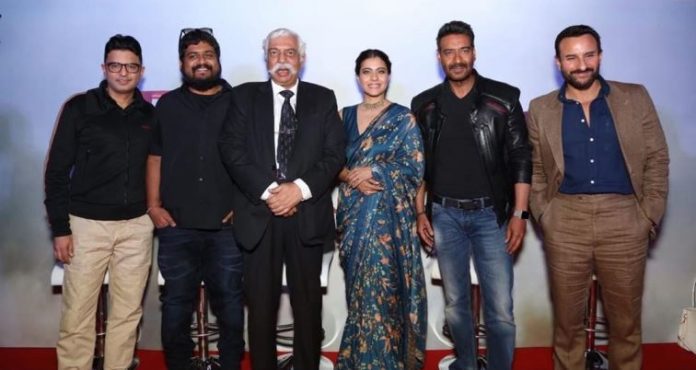 After the indefinite lockdown due to the coronavirus pandemic, the theatres are all set to reopen with a few strict measures in place. As the intensity of the virus has seem to reduce, people are now slowly getting back on track. While Bollywood is getting ready to entertain the audience, 6 of the big Bollywood films are ready to be re-released in theatres.

Some of the films that would be re-released in theatres include the Ajay Devgn starrer Tanhaji, late actor Sushant Singh Rajput starrer Kedarnath, Shubh Mangal Zyada Saavdhan and Tapsee Pannu starrer Thappad. Even the thriller flick Malang will also be re-released in the theatres along with the 2019 hit War.

The news of the re-released was given out by trade analyst Taran Adarsh, who also said that more films would be added to the list in the upcoming days. However, the surprising thing is that some of the big films like Sadak 2, Dil Bechara, Gulabo Sitabo, Gunjan Saxena: The Kargil Girl, Shakuntala Devi and Khuda Haafiz that got a release on the OTT platforms would not be released in theatres.

There were earlier reports that the films released on OTT platforms would be released in theatres as well. But some of the leading chains of multiplexes including Inox, Carnival, PVR and Cinepolis decided not the screen such films.