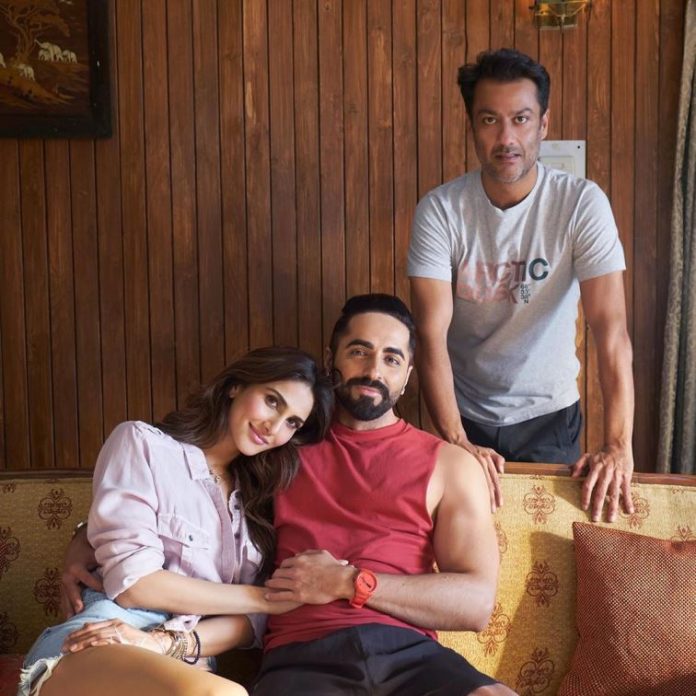 Indian actors Aayushmann Khurrana and Vaani Kapoor are all set be paired together for the upcoming Abhishek Kapoor flick. The film was announced a few months back but the title of the film was not yet announced. Aayushmann took his Instagram account on October 22, 2020 and announced that they have flagged off the shoot. The film has also got a name and is now known as Chandigarh Kare Aashiqui.

The makers of the film will be shooting in Chandigarh and Vaani recently joined Aayushmann and Abhishek who are already in the city. Aayushmann Khurrana in his Instagram post said that he is excited to shoot in his hometown for the first time in his life for a film that is a progressive love story that is produced by Bhushan Kumar and Pragya Kapoor. The actor also shared a picture that showed with Vaani and director Abhishek.

The Vicky Donor actor in the picture can be seen in a beefed up avatar and has clearly shown that he has worked out a lot for his transformation. The actor’s new look has amazed everyone and the fans cannot wait to catch the next glimpse of the flick.

While the film has gone on floors on October 22, 2020, it is expected to be released in 2021. It will be exciting for the fans to watch the Bala actor and Vaani share the screen space.