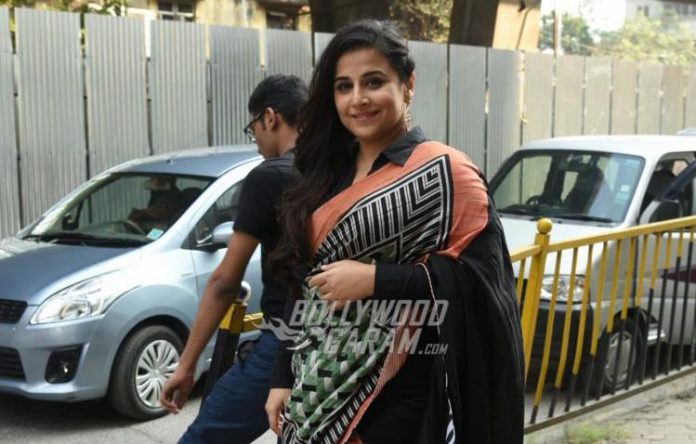 Makers of the upcoming film Sherni had to stall the shoot in the month of March, 2020 due to the coronavirus pandemic. However, after the government has allowed shoots with ample precautions, the Vidya Balan starrer flick has finally resumed its shoot in Madhya Pradesh. The makers of the film posted a few pictures from the sets that showed Vidya performing a few rituals on the location while the crew behind can be seen wearing protective gear.

It was in the month of March, when the shoot of Sherni had to be halted as the entire country had gone in to a complete lockdown due to the coronavirus pandemic. The film is helmed by Amit Masurkar and is a story about the man and animal conflict. Vidya in the film will be seen playing the role of a forest officer.

Amit is known for the critically acclaimed film Newton which starred Rajkummar Rao and Pankaj Tripathi. During the lockdown, the Vidya Balan starrer film Shakuntala Devi was released on Amazon Prime Video.

Apart from Shakuntala Devi, a number of films were released on the OTT platforms as the theatres had remained shut due to the pandemic situation. Vidya had promoted Shakuntala Devi from home. The film was about the mathematician Shakuntala Devi who was also called as the Human Computer.