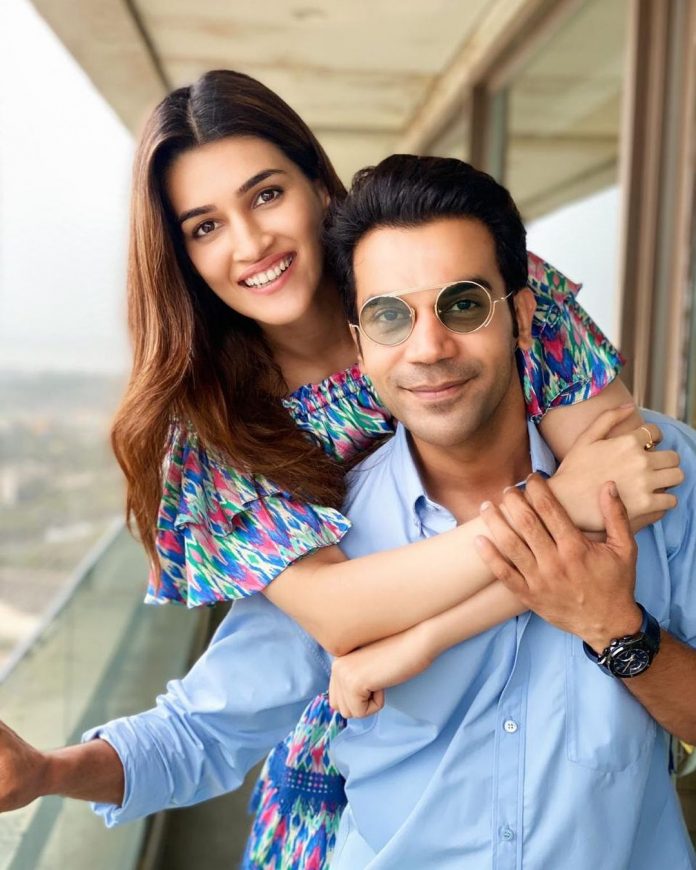 After entertaining the audience with the film Bareily Ki Barfi, Rajkummar Rao and Kriti Sanon are all set to return for an upcoming film that has the title Hum Do Hamare Do. This time it is Dinesh Vijan who has brought the pair together and will be directed by debutant Abhishek Jain. Hum Do Hamare Do, had gone on floors earlier in 2020, but the shoot was stalled due to the coronavirus pandemic.

The upcoming film is a comedy that also that’s Dimple Kapadia and Paresh Rawal. The film was earlier expected to be titled as Second Innings but have now been titled as Hum Do Hamare Do. The story of the film is about a married couple who decide that they would like to adopt parents and how their decision creates a havoc in their marriage that was so far going on pretty smooth.

Initially, the makers of the film thought that the Second Innings would be the best title to suit the subject, but then it was opined that they needed a more suitable title for the novel idea. In the year 1984, Smita Patil and Raj Babbar too starred in a film that had the same title. The story was about a young man, who had the responsibility to marry off six of his sisters before he settles down with the love of his life.

The Rajkummar Rao and Kriti Sanon starrer flick is expected to be released in 2021.