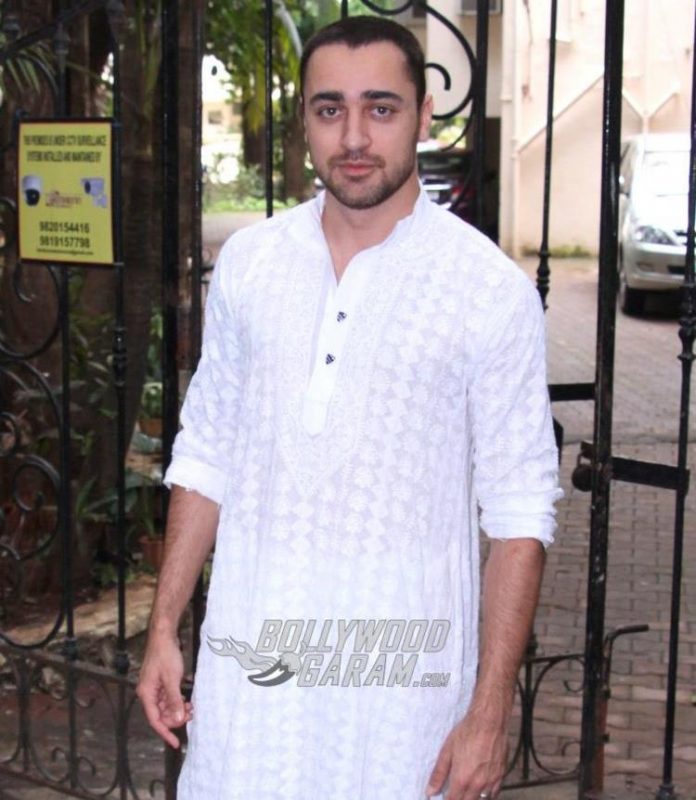 Indian actor Imran Khan, of Jaane Tu…Ya Jaane Na fame has been away from the silver screens since about five years. Close friend of the actor Akshay Oberoi has announced that Imran has quit acting.

He was last seen in the film Katti Batti opposite Kangana Ranaut in 2015. Khan made a sizzling debut in Bollywood with the film Jaane Tu…Ya Jaana Na opposite Genelia D’Souza and was produced by Abbas Tyrewala and Aamir Khan, who is his maternal uncle.

Close friend Akshay while talking to a leading daily said that his best friend has quit acting and that Imran Khan is his closest friend, who he can call even at 4 AM. Akshay added that he and Imran have been together for about 18 years and have also studied acting together at Kishore Acting School in Andheri West.

Oberoi also said that there is a better director and a writer inside Imran than an actor but does not know when he would direct his first film. However, Akshay is confident that if Imran makes one then he would make a wonderful film due to his high sensibility and understanding of cinema. In terms of Imran’s personal life, the actor was recently in news for his alleged separation from his wife Avantika Malik. But the couple has neither confirmed or denied the reports.