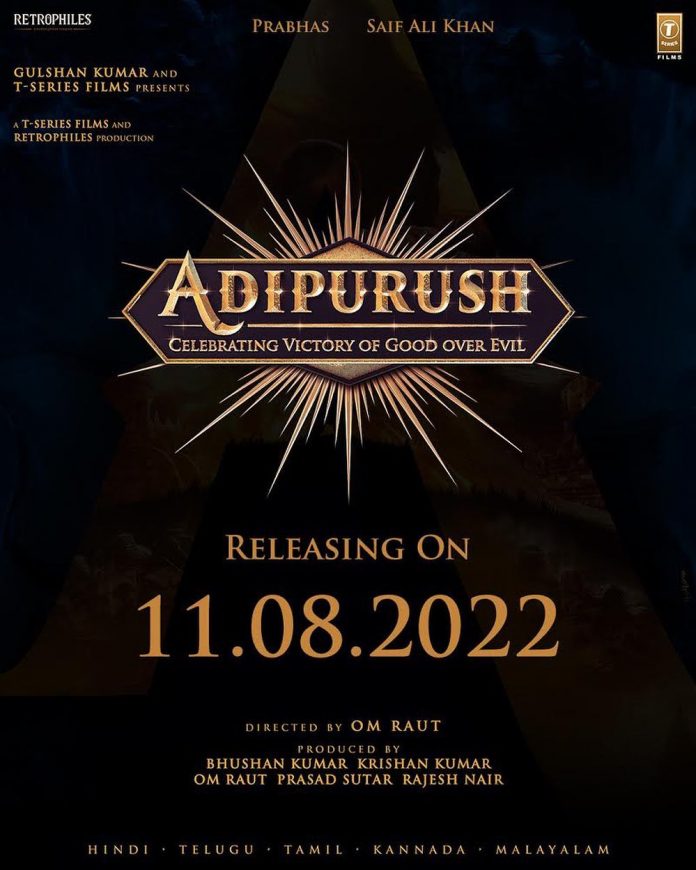 The audience had rejoiced when Adipurush was announced with Prabhas and Saif Ali Khan in the lead roles. Director Om Raut has now announced that the film is all set to be released in theatres in 2022. Adipurush will have a theatrical release on August 11, 2022.

Lead actor Prabhas shared a poster of the film on November 19, 2020 and wrote, “Adipurush in theatres 11.08.2022.” Saif Ali Khan will be seen playing the antagonist named Lankesh. The upcoming film is expected to be a 3D action drama and with Prabhas on board things seem exciting.

The film will also mark Om Raut’s first outing with Prabhas and the second with Saif Ali Khan. Prabhas had earlier introduced Saif Ali Khan’s character and had written, “7000 years ago existed the world’s most intelligent demon! #Adipurush #SaifAliKhan.”

The film was announced by Prabhas in the month of August and had introduced his own character. Saif has earlier worked with Om Raut in the film Tanhaji: The Unsung Warrior. Saif while talking about the upcoming project expressed that he is excited to work with the director again who has a grand vision and the technical knowledge. The film is co-produced by T-Series by Bhushan Kumar and Om Raut. Adipurush will be releasing in Tamil, Telugu, Malayalam, Hindi Kannada and many other languages.