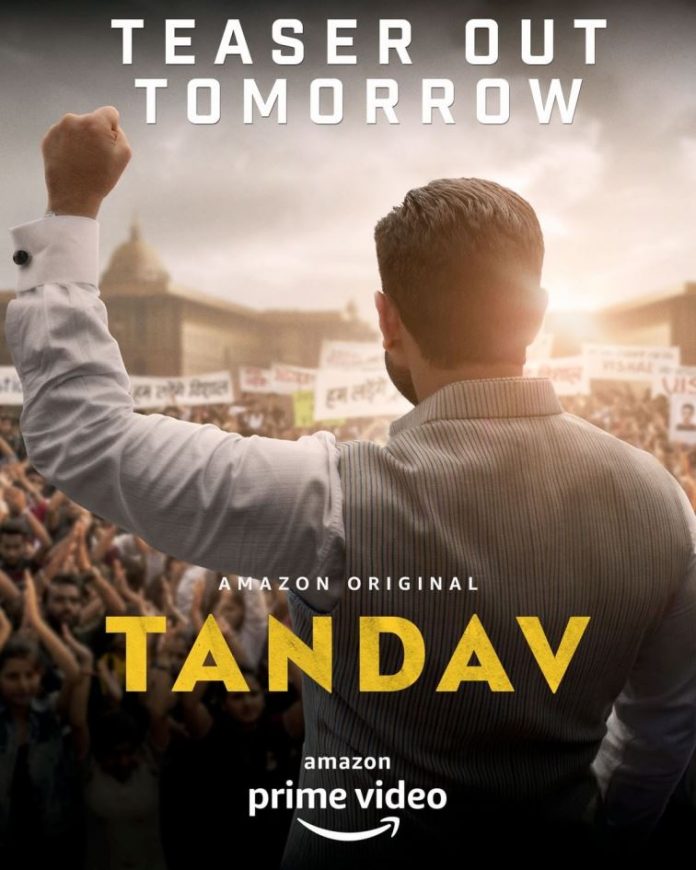 Makers of the upcoming web series Tandav has been unveiled. The announcement was made by Amazon Prime Video, who are ready with the teaser of the upcoming political drama. The web series is created and directed by Ali Abbas Zafar. The first look has shown Saif Ali Khan in a political rally scenario and the caption read, “Get ready, we are about to enter Tandav mode”.

Saif in the upcoming web series will be seen playing the role of a politician who wishes to become a Prime Minister. The show is based on politics and is set on a massive scale. Saif while talking about the web series said that it could be similar to the American TV series House of Cards but it is more based on the Indian politics.

The actor further opened up about his character in the series and said that it is similar to Chanakya, who is a youth leader who comes from a privileged background and wishes to become a Prime Minister someday.

The upcoming political drama also stars Purab Kohli, Sunil Grover, Amyra Dastur, Dimple Kapadia and Mohammed Zeeshan Ayyub. The series will be having ten episodes. Tandav is made under the banner of NSA Pictures and Offside Entertainment and will be aired on Amazon Prime Video.