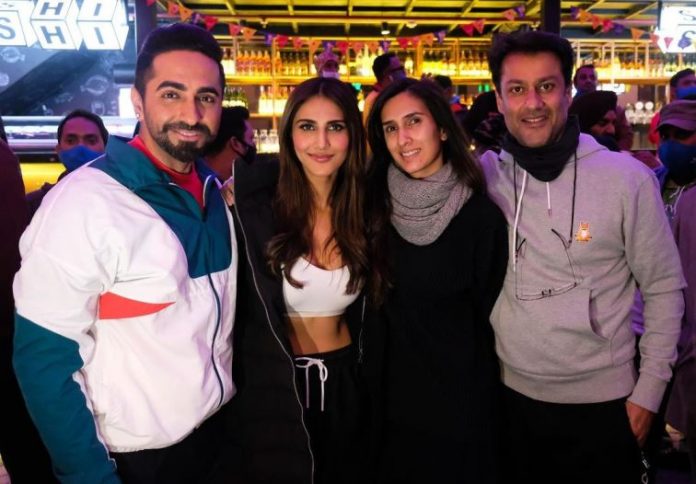 Indian actor Aayushmann Khurrana has recently finished shooting for the upcoming film Chandigarh Kare Aashiqui that has been helmed by Abhishek Kapoor. The actor took his social media account and revealed that the film has become the first in India to finish shooting the entire film during the coronavirus pandemic.

Aayushmann was all praises for the director Abhishek Kapoor and Producer Pragya Kapoor for managing things and resources so well and effectively. The actor added that he feels proud that they managed to reach the feat at his hometown in Chandigarh. Khurrana also expressed that Chandigarh Kare Aashiqui is a very special film for him and that he cannot wait to share it with the world in cinemas in 2021.

The actor also revealed that the film would be conveying an important message that would speak directly to the hearts of the audience. Aayushmann was last seen in the film Gulabo Sitabo that was released on the OTT Platform Amazon Prime Video during the lockdown period.