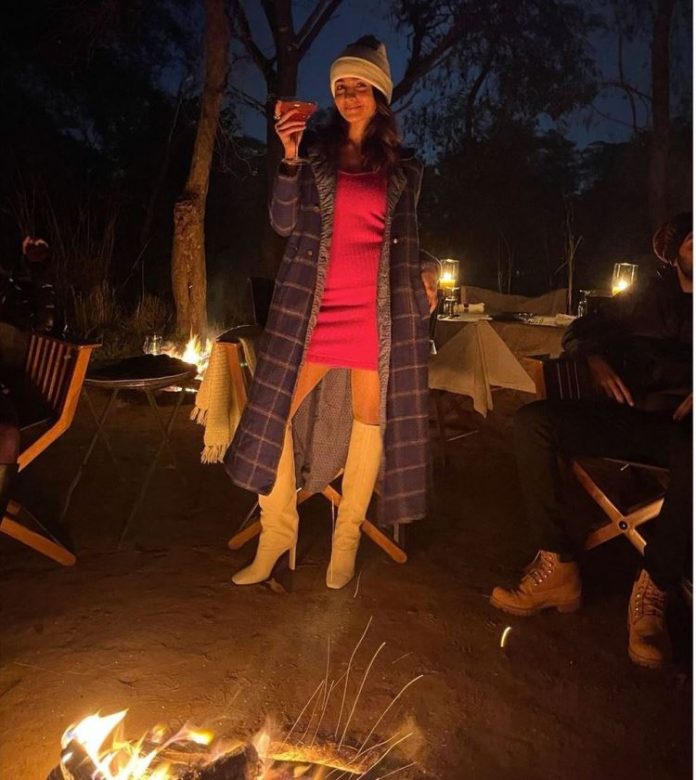 Ranbir Kapoor and Alia Bhatt are currently holidaying in Rajasthan and the family has also made a clarification that they are not getting engaged. Ranbir along with Alia, mother Neetu Kapoor and sister Riddhimma Sahni. While the engagement rumours were put to rest, Alia posted a pretty picture of hers on her social media account.

The picture that was posted by Alia had shown her in a pretty pink outfit that she had paired with a pair of long boots and a long trench coat with a warm cap as she raised a roast. The Student Of The Year actress captioned the picture as “& to whatever lies ahead of us.. cheers! “

Alia also posted a picture that showed her enjoying a bonfire. Ranbir and Alia are also accompanied by Alia’s sister Shaheen Bhatt and mother Soni Razdan. On the work front, Alia is all set to be seen in the upcoming film Brahmastra which is a mythological drama helmed by Ayan Mukerji.

The film also stars Ranbir Kapoor, Amitabh Bachchan, Mouni Roy, Dimple Kapadia and Akkineni Nagarjuna. Alia was last seen in the film Sadak 2 that was released on an OTT platform but failed to grab the attention of the audience. The actress has also been roped in for Gangubai Kathiawadi which is currently in the production stage.