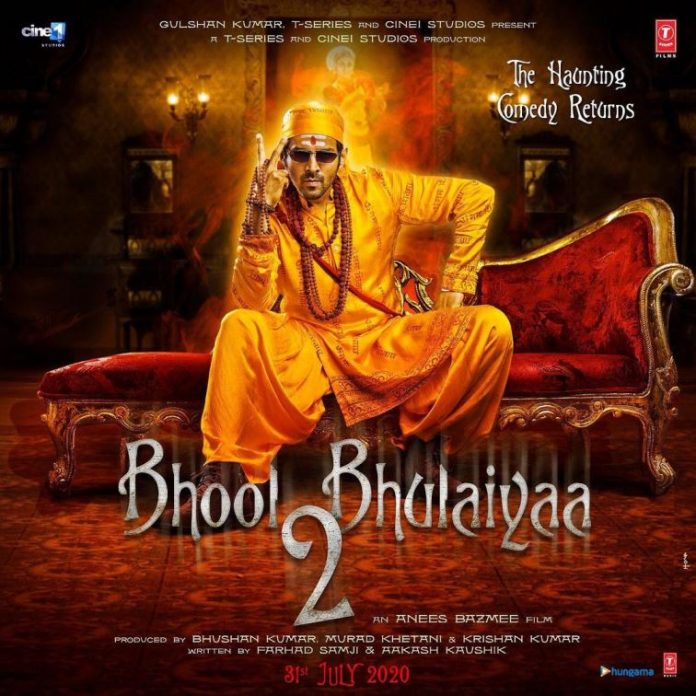 The upcoming film Bhool Bhulaiyaa 2 has so far faced a number of delays due to a number of reasons. The film also stars Tabu, who has refused to begin shooting till she gets vaccinated. Some of the recent reports have now said that the shoot of the film has now been delayed to November 2021.

Meanwhile Kartik Aaryan, who plays the lead in Bhool Bhulaiyaa 2, has been busy chalking out a shoot schedule. The actor will now be concentrating on the film Dostana 2 which also stars Janhvi Kapoor and the team is expected to complete the shoot by April, 2021.

While talking about the constant delays with Bhool Bhulaiyaa 2 it was revealed that the makers of the film had earlier planned to shoot in November 2020 but then Kartik was skeptical to shoot outdoors due to which it was called off. Ever since then the makers have been trying to reschedule the shoot in January, 2021. This was when Tabu expressed her concerns regarding COVID and someone close to her was exposed to the virus.

Tabu then said that she would begin shooting after she gets vaccinated. The actress is expecting that even the crew will be vaccinated after by then to avoid the spread of the virus. The film is directed by Anees Bazmee and produced by Bhushan Kumar, Murad Khetani, Krishan Kumar.