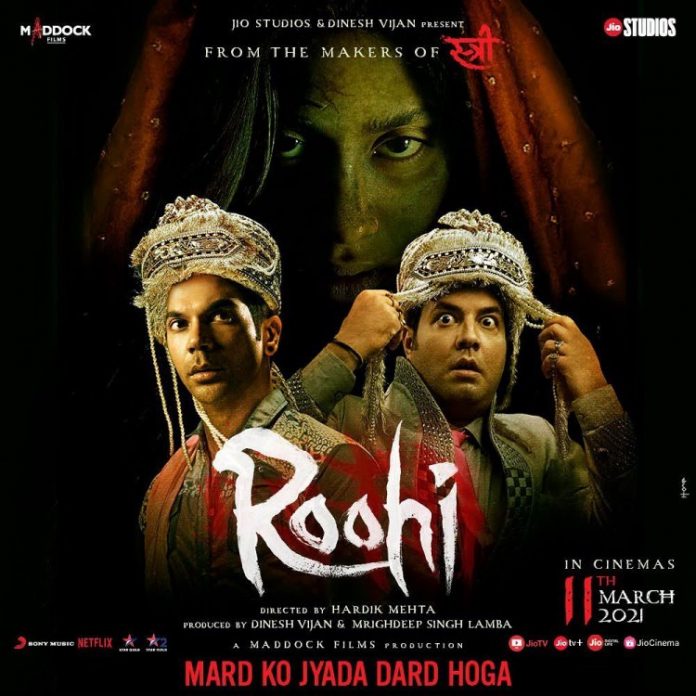 The trailer of the horror comedy looks promising with Janhvi playing a bride who is possessed by a ghost. Rajkummar and and Varun Sharma can be seen dealing with Janhvi who turns in to a ghost and creates havoc.

Just before the launch of the trailer, Rajkummar shared two first look posters of the film with the caption, “ye to bas muh dikhai hai (this is just the first look).” The actor had earlier shared a teaser that had shown him and Varun Sharma dressed as grooms and a bride can be seen standing hiding her face with a dupatta.

With the pandemic slowly vanishing, the film Roohi is due to be released in theatres on March 11, 2021. The Information and Broadcasting Ministry has allowed the cinema theatres across the county to operate in full capacity from February 1, 2021. However, the theatre owners will have to comply with the COVID-19 safety protocols.