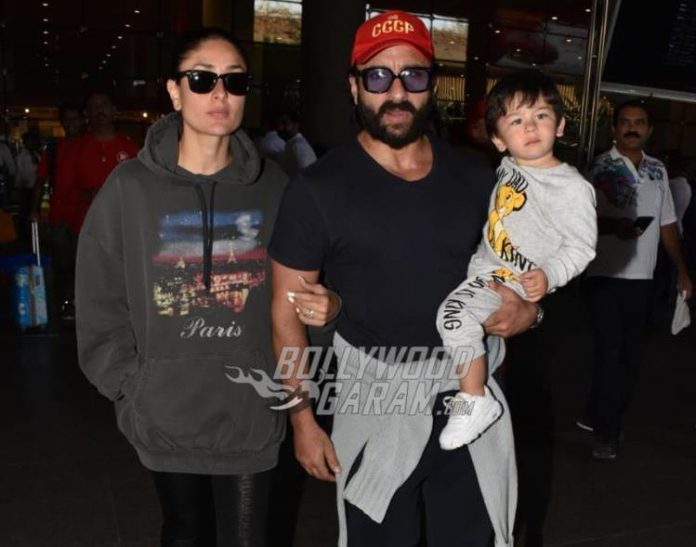 Saif Ali Khan and Kareena Kapoor welcomed their second son on February 21, 2021. Soon after the news broke, congratulatory messages started to pour in from fans and well-wishers.

The couple is already parents to son Taimur who is 4 years old. Saif released an official statement that informed that they have blessed with a baby boy and that the mother and son are doing fine and are healthy.

Elder sister Karisma Kapoor could not contain her excitement and took her social media account to express. The Shakti actor fished out a childhood picture of Kareena and said that she is a mother now for the second time and that Karisma is an aunt again.

Soon after Kareena had delivered, mother Babita Kapoor, husband Saif and son Taimur were seen visiting the hospital. Father Randhir Kapoor informed that his grandson Taimur is elated to be a big brother and is happy to have a little brother. Kareena has remained active throughout her second pregnancy just like she was during her first pregnancy. She showed off the best in terms of style during her tenure and also remained professionally active. On the work front, Kareena was last seen in the film Angrezi Medium in 2020 and will soon be seen in the upcoming film Laal Singh Chaddha.