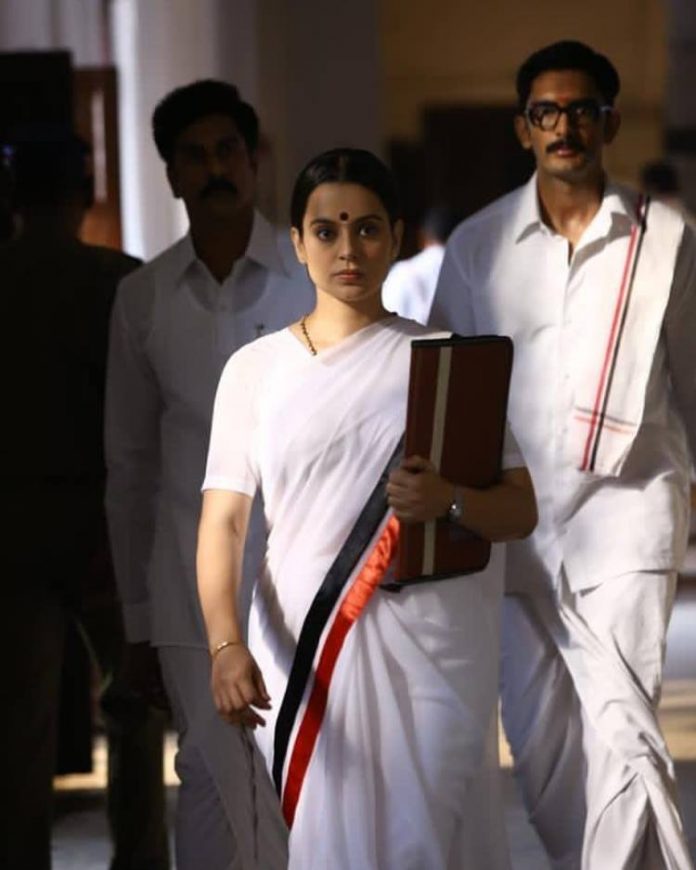 Fans of Kangana Ranaut have been eagerly waiting for the release of the upcoming film Thalaivi, which is a biopic on the late Chief Minister of Tamil Nadu, Jaya Lalitha. While the film was delayed due to the pandemic and other factors, the actress has now finally announced the release date. Thalaivi will now be releasing in the theatres on April 23, 2021.

Ranaut has undergone a massive prosthetic transformation to resemble like Jaya Lalitha. Some of the teasers that were released during the recent years had shown Kangana in a promising look as she resembles the late chief minister.

On Jaya Lalitha’s birth anniversary, Kangana shared a motion poster of the film and announced that the AL Vijay helmed flick is all set to be released on April 23, 2021. The Queen actress wrote, “To Jaya Amma, on her birth anniversary. Witness the story of the legend, #Thalaivi, in cinemas on 23rd April, 2021.”

The film will be narrating the journey of Jayalalitha how a superstar from the south film industry had managed to change the face of the state’s politics and also shaped the lives of millions. Thalaivi also stars Arvind Swami who will be seen playing the role of MGR. The film also features Prakash Raj and Jisshu Sengupta in lead roles.